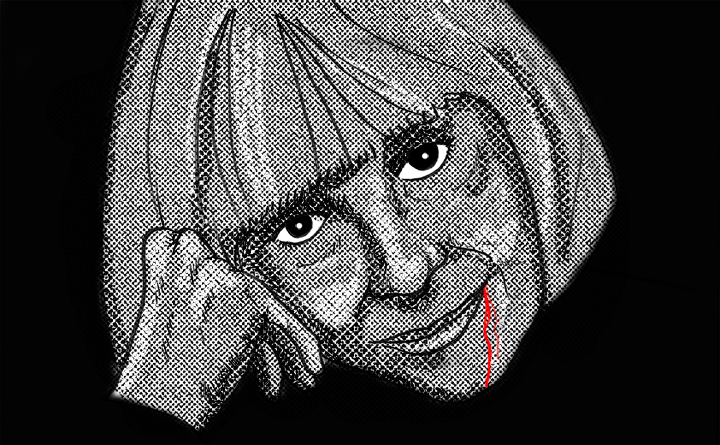 In 1976, I bought a copy of Anne Rice’s debut novel Interview with the Vampire. I was a fan of horror films and books and I thought this one would be right up my alley. It wasn’t. I forced myself to read the first several chapters. It was like a high school reading assignment. It was tedious and I could not stay focused. I put the book down and never picked it up again – leaving it unfinished in a drawer.

In 2015, my wife and I visited New Orleans. As with most trips, I always do my best to squeeze in a visit to a local cemetery and places of “death-related” interest in between “regular” sightseeing. As with all of my cemetery adventures, I have to do a bit of research beforehand. I discovered that, while she no longer called “The Big Easy” home, Anne Rice still owned property in the city’s lovely Garden District. I also found out some other things about the prolific author.

It seems that she wrote Interview with the Vampire as sort of a mourning catharsis. She and her husband Stan (also a writer) had lost their daughter Michele, who passed away from  leukemia at the age of five.

Anne, who was raised a strict Catholic, struggled with religion her entire life. She was devout until she wasn’t, embracing an atheist outlook, only to return to the Church later in life… only to leave again after a vocal criticism of policies.. She suffered physically, as well. She fell into a diabetic coma and nearly died in 1998. A few years later, she teetered at death’s door with a bowel blockage that required emergency surgery.  In between her two medical issues, her husband Stan passed away from brain cancer at the age of 60.

Anne passed away in December 2021 at the age of 80. She will be interred with her husband and daughter in a beautiful mausoleum in Metairie Cemetery in New Orleans.

Perhaps, I’ll pick up my copy of Interview with the Vampire and give it another chance.