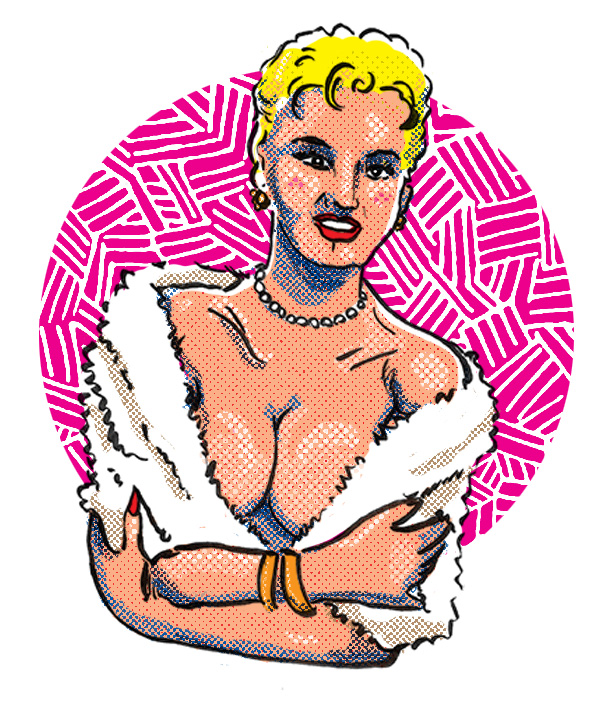 In 1955, Charlaine Karalus was working hard in the subscription department of Playboy magazine, the fledgling publication started by Hugh Hefner, a former copy editor for Esquire magazine. For the first year of its existence, Playboy used professional models in the magazine’s famous pictorials. But Hefner want to portray a different type of woman. He was looking for the proverbial “girl next door.” He didn’t have to look any further than his subscription department. After a little convincing, Charlaine agreed to pose for the July 1955 issue, with one stipulation. In exchange for topless photos, Charlaine would receive a brand new addressograph for the office. This machine would help with addressing the numerous correspondence sent out by the magazine, specifically from Charlaine’s department.

Provocative (for the time) photos appeared in Playboy, identifying Charlaine as “Janet Pilgrim,” a name chosen by Hefner as a joke on on sexual “puritanism.” Janet’s centerfold showed the pretty blonde 21-year-old alongside a decorated Christmas tree — wrapped strategically in a fur — with a shadowy tuxedoed figure in the background (rumored to be Hefner himself). The photo spread was so popular among readers that it prompted additional appearances by Janet in the magazine — a rarity. Janet became just one of just two women to make three centerfold appearances. Janet’s July 1955 was the first two page “centerfold” spread in the magazine’s history.

In the early 80s, Janet gave up on her modeling career and enrolled in nursing school. Now in her 40s, Janet went into the field of geriatrics. She loved her new profession and worked until her retirement. Janet moved to Connecticut to be near her extended family, including five grandchildren.

Janet passed away in 2017 at the age of 82… just a few months before Hugh Hefner.