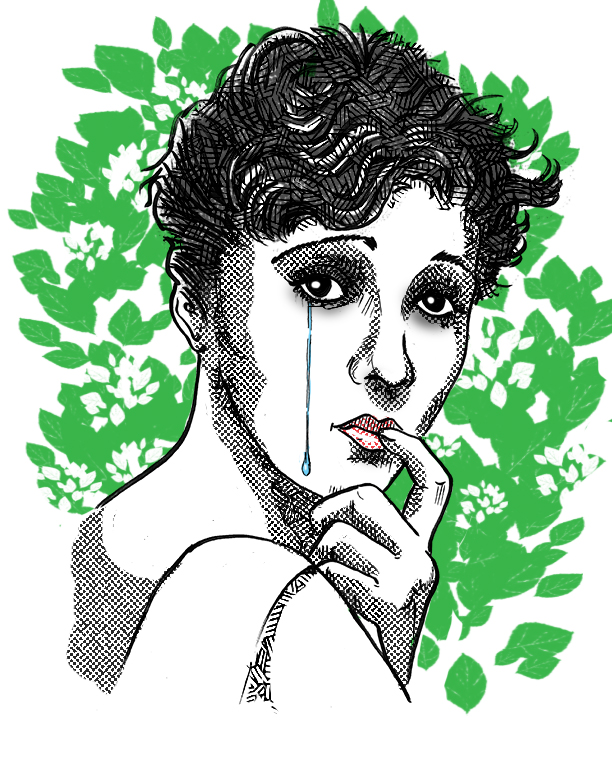 While attending the American Academy of Dramatic Arts in Brooklyn, 19 year-old Helen Jurgens married fellow student Clark Twelvetrees and adopted his unusual and unique surname as her own. Clark was a troubled man, who once attempted suicide at a dinner party. He jumped from a high-story window, but survived. Helen divorced Clark in 1931. He died after a street altercation a few years later.

With minimal stage experience, Helen headed to Hollywood with the idea of replacing silent movie actors experiencing difficulty making the transition to the new trend — talkies. She nabbed roles with Fox Films, but after three screen appearances she was let out of her contract. She was immediately signed with Pathé and, along with contemporaries Constance Bennett and Ann Harding, Helen was featured in a succession of critically-acclaimed tear-jerkers. After Pathé was absorbed by RKO Pictures, Helen left to persue roles as a freelance actress.

The 1930 film Her Man defined Helen’s career as a sympathetic woman supporting the wrong man. She costarred with Spencer Tracy and Maurice Chevalier as her popularity grew. One critic was prompted to describe Helen as:  “having a gift for projecting emotional force with minimal visible effort.” Her career riding high, Helen filmed Thoroughbred, a film based on the celebrated racehorse Phar Lap, on location in Australia. However, she fell ill upon her return to the United States. Her slow recovery damaged her film career, but the always determined Helen left Hollywood for a career in summer stock.

She appeared across the country in numerous productions, including The Man Who Came to Dinner and A Streetcar Named Desire. Her Streetcar co-star Naomi Caryl recalled that Helen possessed “the saddest eyes I’d ever see.”

Helen married for a third time in 1947 and promptly retired from show business. Her husband, a US Air Force captain, traveled the world and Helen happily accompanied him.

In 1958, Helen Twelvetrees was discovered unconscious in her Central Pennsylvania home. Long suffering from a kidney ailment, Helen had purposely taken an overdose of prescription sedatives. She died at an Air Force base hospital, just a few months after her 49th birthday. Her funeral was attended by her widower and one close friend.