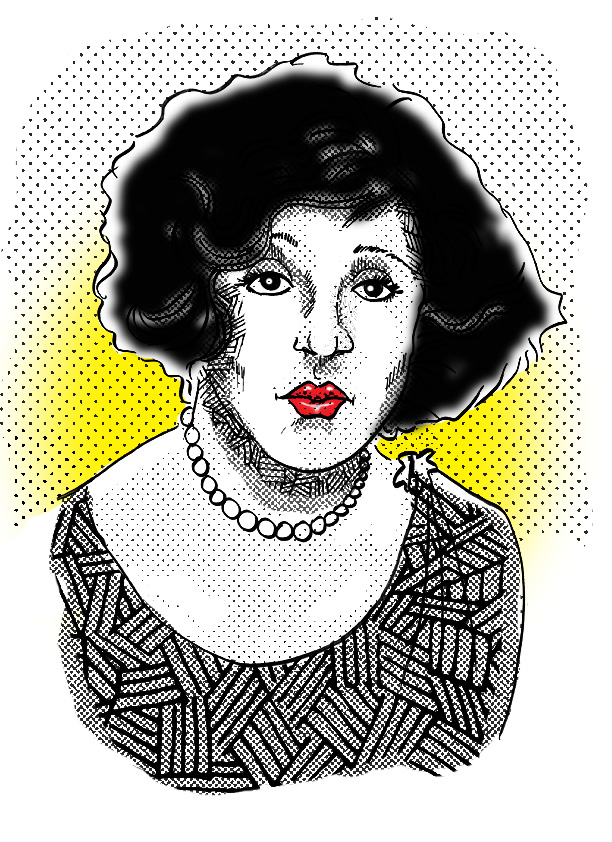 Just a few years after her father’s death, Mary Koenig took a job as a housekeeper to help support her family. Taking advantage of her connection to employer, the wealthy and influential Harry Payne Whitney, Mary pursued Broadway. Taking the stage name “Mae Murray,” she landed a place in the chorus line of the famed Ziegfeld Follies. By 1915, the ambitious Mae was headlining on tours of the United States and Europe, dancing with esteemed partners like Clifton Webb and Rudolph Valentino.

It was an easy tradition into movies for Mae. In 1916, she made her screen debut in To Have and to Hold. In 1919, she sealed her star status when she received rave reviews for her performances in The Delicious Little Devil and Big Little Person, again with Valentino. Although popular with audiences, Mae’s exaggerated acting style and flamboyant costumes didn’t sit well with her directors and producers. She developed an elitist ego and gained a reputation of being difficult and demanding. Nevertheless, she continued her ascent to superstardom, working with the top names in silent era Hollywood. Her alluring looks earned her the nickname “The Girl with the Bee-Stung Lips” and she loved to introduce herself as such. Capitalizing on her fame, she wrote a column for William Randolph Hearst’s newspapers and posed for a scandalous nude portrait for noted Hollywood artist Theodore Lukits.

In 1926, Mae married her fourth husband, David Mdivani — a shady, lower-level member of the royal Georgian family. Mdivani made himself Mae’s manager. He suggested that she leave MGM Studios for greener pastures and higher salary. Foolishly taking his advice, Mae walked off the set of a film and broke her contract, infuriating powerful studio head Louis B. Mayer. After a bitter divorce from Mdivani, wherein he drained all of Mae’s bank accounts, Mae swallowed her pride and returned to Mayer, pleading for a second change. However, the spurned and angry Mayer refused and, through his connections, had blacklisted Mae at all of Hollywood’s major studios.

When talking pictures came on the scene, Mae was hesitant and uncomfortable. She remade an earlier picture for perfectionist director Erich Von Stroheim. The film, Peacock Alley, was a failure. The fickle public lost interest in Mae Murray seemingly overnight. She made one final film in 1931.

In the 1940s, struggling for work, Mae performed at impresario Billy Rose’s Diamond Horseshoe in the Paramount Hotel in Manhattan. Critics were brutal to Mae, citing her out-of-place, youthful costumes and her heavy make-up, obviously used to conceal her age. On the side, she taught ballroom dancing in New York, but she had difficulty maintaining a steady income and lived at the poverty level.

In early 1964, 79-year-old Mae was found wandering the streets of downtown St, Louis. A representative of the Salvation Army, questioned the disoriented Mae. She explained that she thought she was in New York and had lost her way looking for her hotel, the name of which she had forgotten. With some assistance, Mae was sent back to Los Angeles and admitted to the Motion Picture House in Woodland Hills, a retirement community for Hollywood professionals. Upon her arrival, she told attending medical staff: “I’m Mae Murray, the young Ziegfeld beauty with the bee-stung lips – and Hollywood is calling me.”