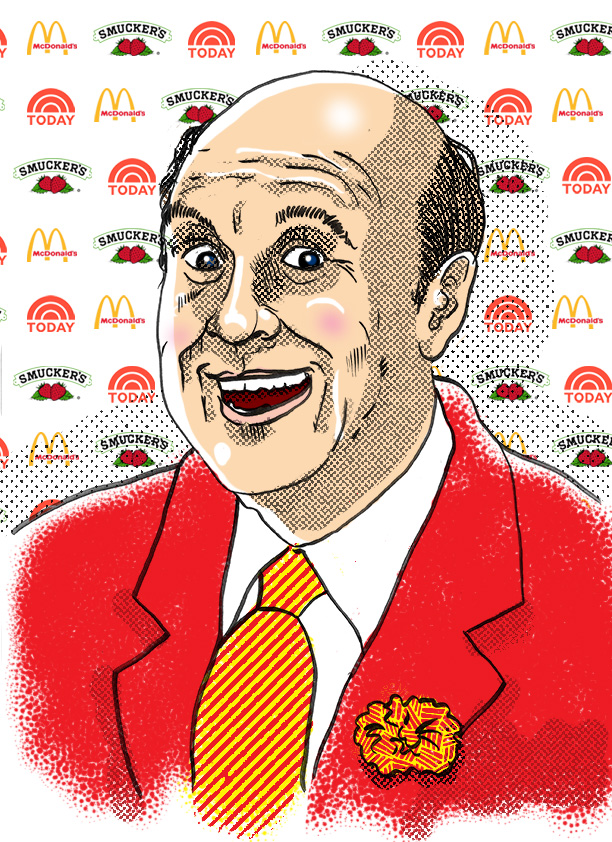 Willard Scott, the avuncular weatherman on NBC’s The Today Show passed away this week at the age of 87. He enjoyed a long and productive career in broadcasting, beginning in the 1950s with a live, improvised radio show originating in Washington, DC. At the same time, he worked with local TV station WRC in children’s programming. He portrayed “Bozo the Clown” and “Commander Retro” to the delight of young viewers. He also served as the station’s weatherman during news broadcasts.

In 1980, he was tapped by NBC to replace departing meteorologist Bob Ryan on The Today Show. He brought his homey sense of humor and off-the-wall antics to the position, becoming an iconic and welcome figure to viewers coast-to-coast. In 1983, under the sponsorship of the J.M Smucker Company, Willard began announcing and acknowledging the 100th birthday of viewers on the air. Willard’s daily segments became very popular… that is until a memo, written by then-cohost Bryant Gumbel, blasted Willard Scott, opining “he holds the show hostage to his assortment of whims, wishes, birthdays and bad taste…This guy is killing us and no one’s even trying to rein him in.” Willard was hurt, but — being the consummate professional — offered his forgiveness in the form of a kiss on Gumbel’s cheek.

In the late 1990s, Willard went into semi-retirement, turning his daily duties over to Al Roker. He continued to announce milestone birthdays (and perform his wacky shtick) on a weekly basis until his full retirement in 2015.

According to Willard, he created the universally recognized advertising icon of “Ronald McDonald” in 1963, as requested by a Washington DC McDonald’s restaurant. Dressed in a similar fashion as his “Bozo” persona, Willard added several paper McDonald cups and trays as enhancements to the costume. He called himself “Ronald McDonald, the Hamburger-Happy Clown” and filmed three separate TV commercials that ran as local spots in Washington. However, while they do acknowledge that Willard Scott portrayed an early version of the beloved mascot — one of the first in a long line of actors over the years, they make no mention of Willard Scott being the creator of Ronald McDonald.