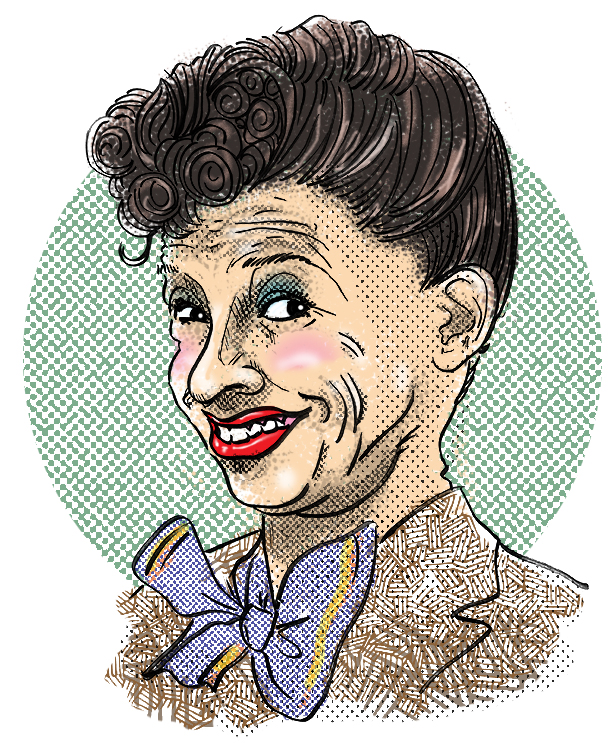 Cass Daley was a born entertainer. She sang on street corners as a child. Later, while working as a hat-check girl in a local club, Cass was given the opportunity to sing between shifts. She performed in vaudeville in the 1930s, eventually taking a featured role in the Ziegfeld Follies as a singer and comedienne. She became well-known for her wild, physical stage antics and her trademark protruding front teeth.

In the early 1940s, Cass embarked on a film career, co-starring in wartime features like The Fleet’s In and Riding High. She was a popular act among troops stationed overseas during World War II and performed for them often. She was a regular singer on Armed Forces Radio and was a featured performer on Mail Call and The Fitch Bandwagon, as well as her own short-lived show. A brief foray into recording yielded a couple of top singles, including a version of “Aba Daba Honeymoon” in 1951.

With radio on the decline, Cass retired from show business to raise her son. However, she was coaxed back onto the stage to appear in a 1972 nostalgia revue called Big Show of 1928, which toured the country and played New York’s Madison Square Garden.

Alone in her Hollywood apartment in March 1975, Cass accidentally tripped and fell on a glass-top coffee table. A jagged shard of broken glass pierced her throat and she bled to death by the time her husband arrived home. Cass was 59 years old.