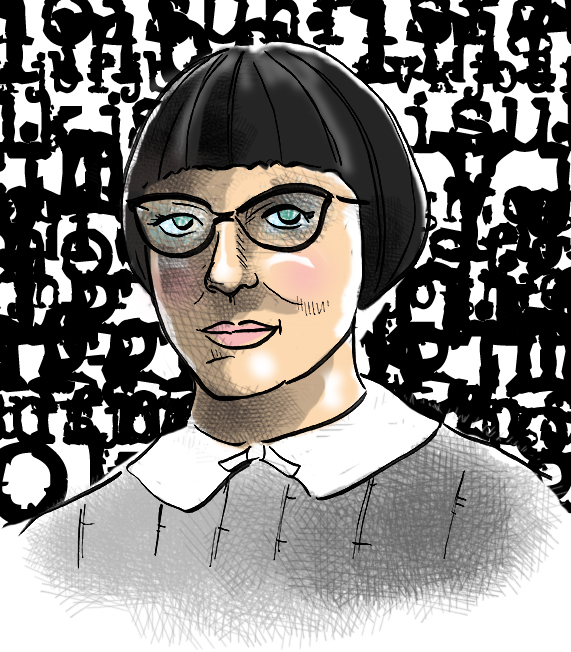 Elise Cowen was born in the Washington Heights neighborhood of Manhattan. A quiet girl, she found personal solace in writing poetry, using the works of Emily Dickinson, T. S. Eliot, Ezra Pound, and Dylan Thomas as inspiration. While working as an office typist, Elise was introduced to beat poet Allen Ginsburg. The two began a romantic relationship, even though they were each exploring their own individual sexual identity. Elise and Allen’s friendship grew stronger and the pair remained close for their entire lives. Elise typed Allen’s poem “Kaddish,” a reflection of the life of Allen’s mother. Allen began a relationship with Peter Orlovsky, who became his partner for life. Around the same time, Elise also began a same-sex relationship and the two couples shared an apartment.

Elise moved to San Francisco and became active in the emerging Beat community. While in San Francisco, Elise became pregnant and underwent a hysterectomy during a late-stage abortion. She eventually returned to Manhattan, checking into Bellevue Hospital to seek treatment for hepatitis and severe psychological breakdowns. She checked herself out against doctors’ orders and returned to her parents’ apartment under the guise that she was going to accompany them on a Miami vacation. At her parents’ apartment, she committed suicide by jumping through a locked living room window and falling seven stories to her death. She was 27 years old.

Her parents were devastated. Afterwards, they discovered Elise’s poetry notebooks. Disgusted and embarrassed by the content referencing homosexuality and drug use, they burned every one of them. However, Elise had given one of her notebooks to her friend Leo Skir, a fellow Beat poet. It contained 83 of her poems. Leo had a number of them published in several Beat magazines. A volume of Elise’s poetry entitled Elise Cowen: Poems and Fragments was published posthumously in 2014.