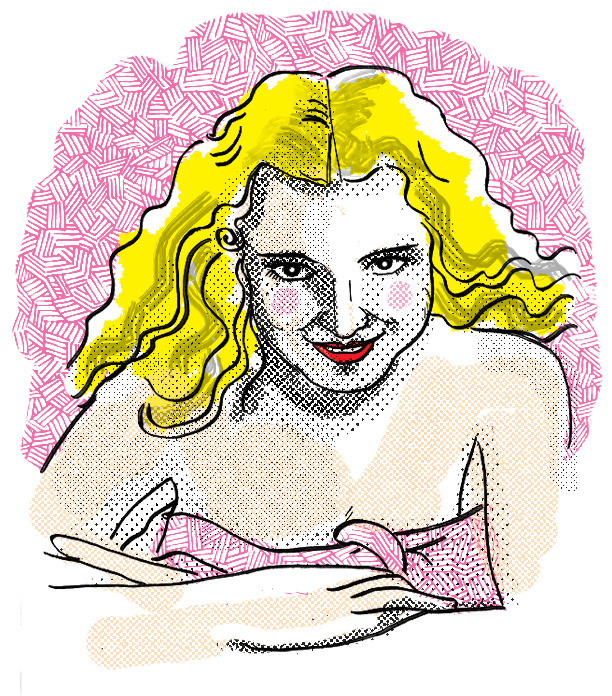 At eighteen, pretty blond Nita Pike made her acting debut in the “Goldwyn Girls” chorus of the 1931 Eddie Cantor musical romp Palmy Days. This kicked off a succession of non-credited roles that ran throughout the 1930s and 1940s. In 1940, film comic and impresario Charles Chaplin cast Nita in the role of a secretary in the satirical The Great Dictator. Afterwards, she continued to take additional roles for which she received no screen credit.

In 1935, Nita was injured in a car accident and she sued the driver for $25,000. (Her brother James had been killed in a similar accident just one year earlier.)

Nita met and married actor Allen Edwards in 1939. Despite Allen being twenty years her senior, Nita was happy. Tired of the small roles she was offered, Nita ended her acting career in 1951, content with being a housewife. She was living her little American dream in a Hollywood apartment with her husband and her dog, Toddy.

Allan passed away suddenly from natural causes in 1954, leaving Nita devastated. Three days after her husband’s death, a distraught Nita committed suicide with an overdose of prescription pills. She left note that read: “Please give Toddy to [friends] Dot and Harry Bloomfield. Please cremate me in this nightgown with my darling Allen at the same time.” Her wishes were honored and the couple were interred together at Forest Lawn Memorial Park in Glendale, California. Nita was forty years old.