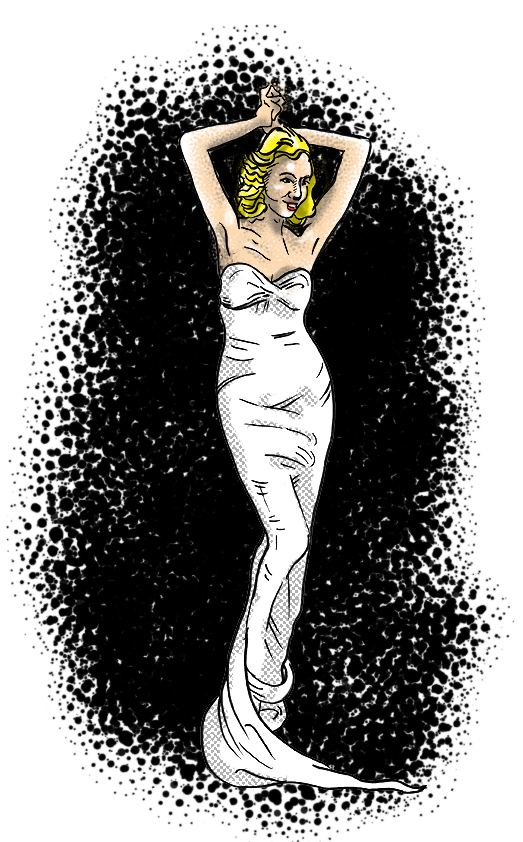 Pretty Christine Maple was a character. Moving to Los Angeles from her native rural Kansas, the vivacious blonde began appearing in local beauty pageants. Her film debut in 1930 led to a coveted spot in the Ziegfeld Follies. During a performance, she surprised her fellow cast members, the audience and Ziegfeld himself, when she appeared on stage fully nude. Christine gained a reputation for wearing daring low-cut dresses and spouting outrageous lies about her life. She once claimed that her father was a British Duke.

Her public behavior became more flamboyant and shocking. She was arrested on a train in Switzerland for causing a disturbance. She got into a fight with a cab driver for her refusal to pay a fare. She was accused by several women of being a bit “too friendly” with their spouses. Christine’s mother became worried about her daughter’s scandalous behavior. She had Christine sent to a sanitarium for a period of time.

After her release, Christine signed a contract with Republic Pictures and appeared in a number of Westerns. She then headed to Australia for a part in the play The Women. She had to leave the production early due to illness. When she returned to the United States, she suffered a nervous breakdown and was hospitalized. Once discharged, she left show business and moved to a suburb of Philadelphia, taking an unlikely job in a department store.

In January 1947, Christine hanged herself. She left no note. She was 34 years old.