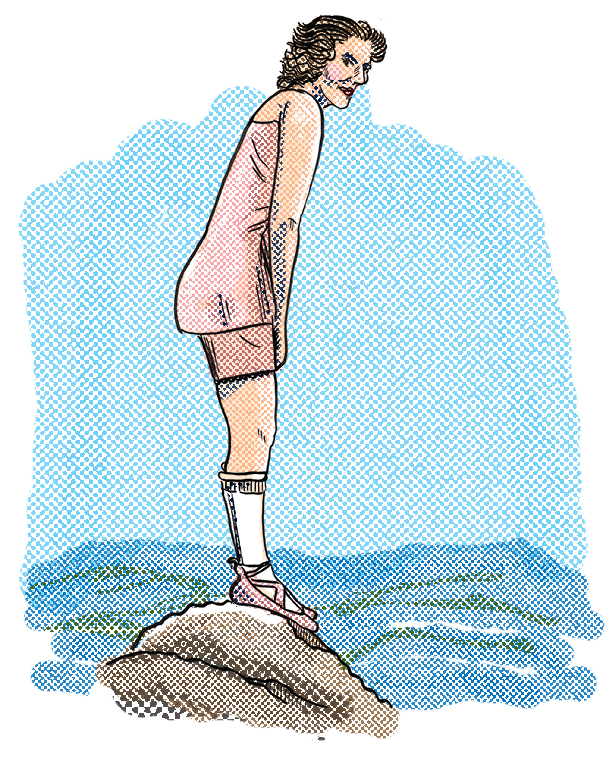 Seventeen-year old Marvel Rea joined up with the Keystone Film Company, landing a spot among the famed Sennett Bathing Beauties, a celebrated group of young ladies assembled by producer Mack Sennett. The Bathing Beauties made promotional appearances for the movie studio and were well received where ever they went. Marvel made her film debut in 1918 alongside Ford Sterling in the Hollywood satire Her Screen Idol. She went on to make over two dozen silent films in a five year period.

Marvel married in 1918, but accusations of physical abuse and rampant drug use by her husband ended the union after just a month.

Just before Labor Day 1936, Marvel was walking alone down 107th Street and Compton Avenue in Los Angeles. Three young men in a red truck slowed down to Marvel’s walking pace. One of the men offered Marvel a ride home. Marvel politely refused the offer. Instead of driving away, the men attacked her. They grabbed Marvel, threw her into the back of the truck and sped off. They eventually stopped at a secluded wooded area fifteen blocks away. The men first beat Marvel then — one by one — raped her. Marvel suffered a seizure during the attack, which startled her assailants. They fled the scene, leaving her as she drifted in and out of consciousness. Marvel lay for four hours until she could gather enough strength to seek help.

The three men were found and arrested by police, charged with kidnapping and assault. All three denied the accusations. In early 1937, the trio of attackers were sentenced to up to fifty years for their crimes. After serving only three years, they were released on technicalities that occurred during their trial.

Just nine months after the brutal attack, Marvel purposely ingested insecticide and took her own life. She was 35 years old.