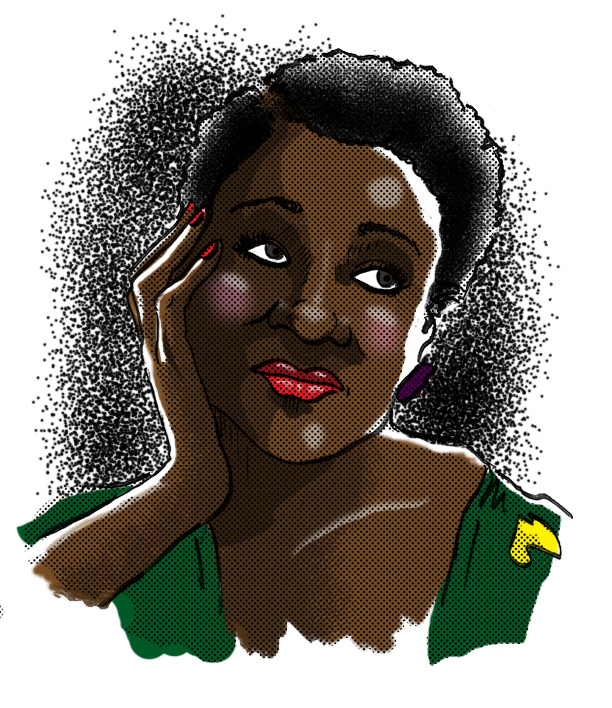 Alberta Hunter began her career singing in brothels. She struggled until she was able to find an audience in whites-only men’s clubs in Chicago. She worked alternately singing in dark, smoky cabaret rooms and peeling potatoes in the kitchen of the same establishments. Her persistence paid off and Alberta soon found herself headlining at the Dreamland Ballroom.

After a five-year engagement at The Dreamland, Albert toured Europe to much acclaim. Returning to New York in 1922, she wrote and recorded “Downhearted Blues,” receiving critical praise for her effort. She continued to record throughout the ensuing decades, simultaneously performing in nightclubs and taking roles in stage musicals. She recorded with greats like Louis Armstrong and Sidney Bechet. She entertained troops in 1944 and in 1950.

In 1957, Alberta’s beloved mother passed away and Alberta lost her desire to perform. Instead, she fabricated a high school diploma, shaved a few years off of her age and enrolled in nursing school. Upon completion, she worked at Goldwater Memorial Hospital. in New York City. She worked in the hospital for 20 years.

In 1971, Alberta was interviewed by Danish television about her former career. Sometime later, through mutual friends, she was introduced to a Greenwich Village club owner, who persuaded Alberta to agree to a short engagement at his club. The “short engagement” turned into six years. After reading about Alberta’s “two-part, interrupted” career, record producer John Hammond signed the singer to a recording contract. Her releases generated new interest in Alberta Hunter. Her incredible story led to an appearance on the popular game show To Tell the Truth (where panelist Kitty Carlisle had to disqualify herself, as she had known Alberta in her heyday). Director Robert Altman cast her in a small role in his 1978 film Remember My Name, providing she would contribute to the soundtrack.

Although briefly married to a soldier after World War I, Alberta had a long-term relationship with Lottie Tyler, the niece of well-known comedian Bert Williams. However, because of the times, Alberta felt it best to keep her sexuality private, fearing it would damage her career. Alberta passed away in 1984 at the age of 89.