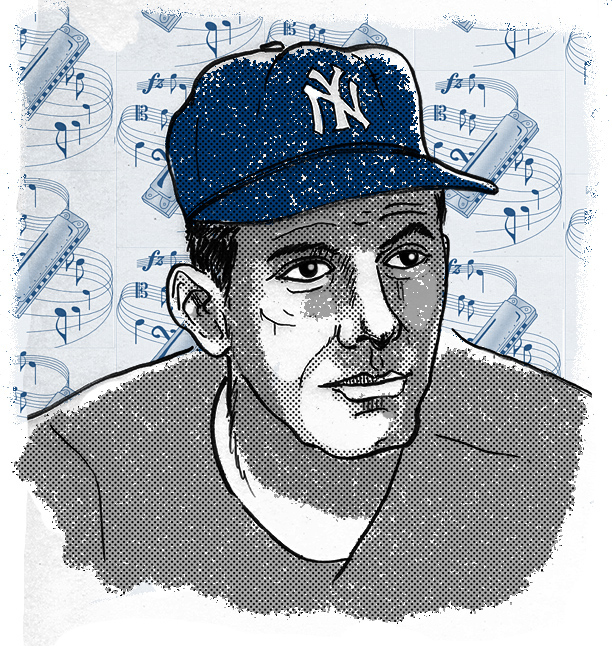 Phil Linz passed away this week at the age of 81. He was mostly used as a utility fielder during the seven seasons he spent in the Major Leagues playing for three different teams. Phil had a pretty unremarkable career, racking up only 11 home runs and an unimpressive lifetime batting average of .235. But it was during his time with the New York Yankees that Phil’s name became a part of dubious baseball history.

On August 20, 1964, Phil was traveling on the team’s bus with his Yankees team mates. They were leaving Comiskey Park where they were soundly swept in a four-game series against American League pennant rival The Chicago White Sox. The team was feeling awful, fearing their poor performance would greatly damage their chances in the race to the post-season. Phil, who had no field time at all in the four-game stretch, began playing a harmonica that he had recently purchased. Phil was just a beginner and the only tune he could play was a barely-recognizable version of “Mary Had a Little Lamb.” As he puffed out the melody, Yankee manager Yogi Berra fumed at the front of the bus. Out of frustration, he yelled for the music to stop. Phil didn’t hear the order and asked team mate Mickey Mantle to repeat what Berra said. Mantle, a notorious clubhouse prankster, smiled and said, “He wants you to play louder.” So, Phil played louder.

Berra was incensed. He stomped to the rear of the bus and knocked the harmonica out of Phil’s hand. (Some accounts claim Phil threw the instrument at Berra.) Phil and Berra shouted at each other until they were finally both calmed by their fellow Yankees. The next day, Phil went in to Berra’s office to apologize. The two were far more civil to each other than the day before, but Berra informed Phil that he would still be fined $250 for the incident. Phil consented. However, a few days later, after the incident made the sports section of every major newspaper across the country, Hohner Harmonicas offered Phil $10,000 to endorse its brand. He gladly accepted.

As the 1964 season came to a close, the Yankees ended up in the World Series after all – playing against the St. Louis Cardinals. Due to injuries, regular shortstop Tony Kubek was unable to play. Phil started at short for every game of the World Series. He even hit two home runs, including one off of Cardinals domineering pitcher Bob Gibson. Despite their best efforts, the Yankees lost the series in seven games. And Yogi Berra was fired the next day.