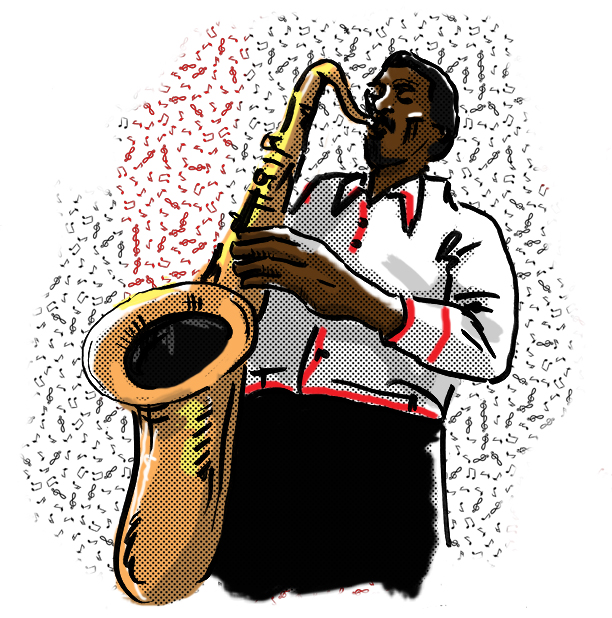 The original Earth, Wind and Fire horn section formed out of the members of a ’70s jazz ensemble called The Pharaohs. After teaming up with the legendary R & B group, they adopted the name The Phenix Horns. Don Myrick was a founding member and maintained saxophone duties for the band, playing alto, tenor and soprano versions of the instrument. His contributions can be heard in a number of EWF songs as well as solo efforts by Phil Collins. Don supplied the iconic sax solo on Collins’ 1984 hit “One More Night.” Don also collaborated with Grover Washington Jr. and Carlos Santana. He earned a Grammy in 1978 for his instrumental work with Earth, Wind and Fire on the single “Runnin’.”

Don branched out, joining up with and appearing on albums by Bobby “Blue” Bland, The Dells, Regina Belle, the Mighty Clouds of Joy, and Heaven 17.

On June 30, 1993, Don was grilling dinner in his backyard when he was interrupted by a knock at his front door. It was a Santa Monica police officer conducting a narcotics investigation. Before a search warrant could be produced, the officer mistook a butane lighter — the kind used to light barbecue grills — in Don’s hand for a weapon. Without warning, the officer fired a single shot that hit Don in the chest. Don was taken to a hospital where he died a short time after the incident. He was 53 years old.