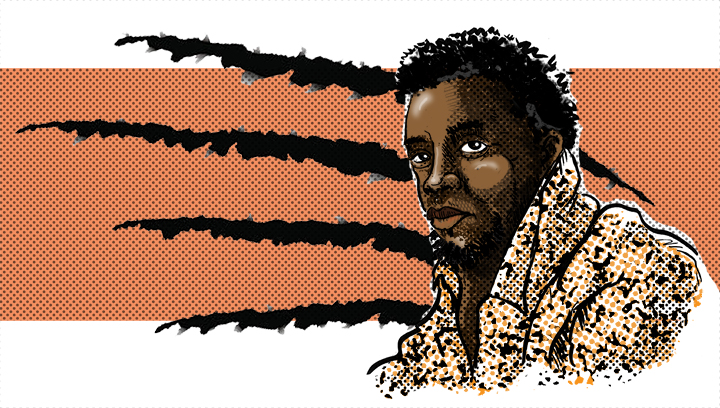 He began his career in television, eventually making his big-screen debut in a supporting role in the 2008 film The Express. In 2013, he was cast in his first starring role in a major motion picture. He played baseball great Jackie Robinson in the biopic 42. This was the springboard to a stellar, albeit short, career in Hollywood. He starred in a number of films, including every actor’s dream role – a key player in a lucrative superhero franchise.

In 2016, unknown to his new-found legion of fans, Chadwick was diagnosed with colon cancer. However, it didn’t hinder his determination. He appeared in almost a dozen films in the short period between his diagnosis and his death. He made the standard promotional appearances for these films, as well — all while being subjected to surgical procedures and making time to receive chemotherapy treatments. For this feat alone, Chadwick should be praised. In direct contrast to the stereotypical, temperamental actor — stomping around a movie set, angered by a stagehand’s sneeze or a late cue — Chadwick soldiered through a debilitating illness and kept it secluded, opting to keep the focus on the film, and not on him. His actions showed his grace, perseverance and humility.

Once the initial shock dissipates, it is doubtful that Chadwick Boseman built up enough of a body of work to join the lofty club that includes such revered “Golden Age” stars as Charlie Chaplin and Marilyn Monroe. Nowadays, the word “legend” is tossed about too freely and bestowed upon far too many to which the description is not applicable. Chadwick will no doubt be included and honored in next year’s “In Memorium” segment at the Academy Awards ceremony. But sadly, because we are a society with a very short attention span, Chadwick’s memory will soon fade behind the shiny publicity of Hollywood’s “next big thing.” That’s just the fickle nature of the entertainment business. But for right now, think about Chadwick Boseman’s courage and modesty.

Plus, he was a pretty good actor.