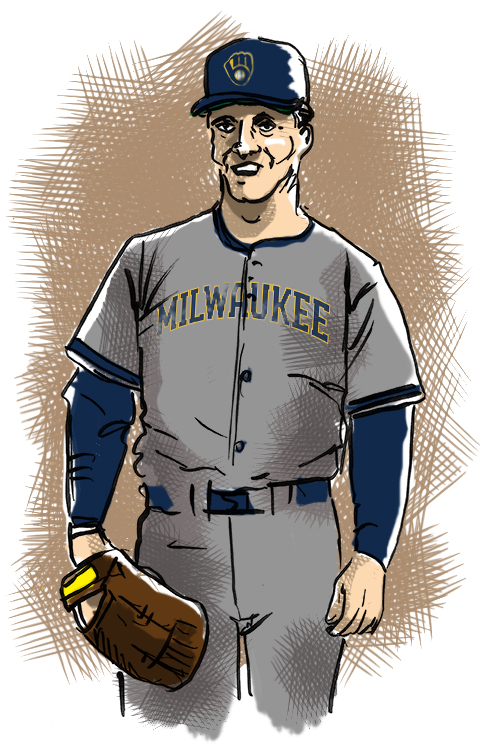 In 1986, Narciso Elvira was pitching in the Mexican Baseball League when his contract was purchased by the Milwaukee Brewers. He played his first year with Beloit Brewers, the Single A affiliate. He eventually moved up to the Triple A El Paso Diablos, only to return to the Single A level, this time in Stockton, California.

Narciso’s big break came late in the 1990 season. As a part of the September roster expansion, he was brought in to play in four games for the Milwaukee Brewers. At the conclusion of the season, he was sent back to the minor leagues, never to appear in “The Bigs” again. Narciso bounced around the minor leagues for years. He played ball for one season in Japan, where he pitched a no-hitter becoming the only Mexican to accomplish that feat in the Nippon League. He followed up with a season in South Korea. By 2006, he had returned to the Mexican League, his career going full circle. Narciso retired at the end of 2006 and became a farmer in his native Veracruz, Mexico.

In 2015, Narciso was kidnapped and held captive for 23 days by members of a drug trafficking cartel. After nearly a month, police found him chained to a tree. Unfettered, he remained on his farm and continued to work.

In January 2020, Narciso and his son were driving on a road near his farm. They were accosted by a group of armed men and shot to death. Narciso was 52.