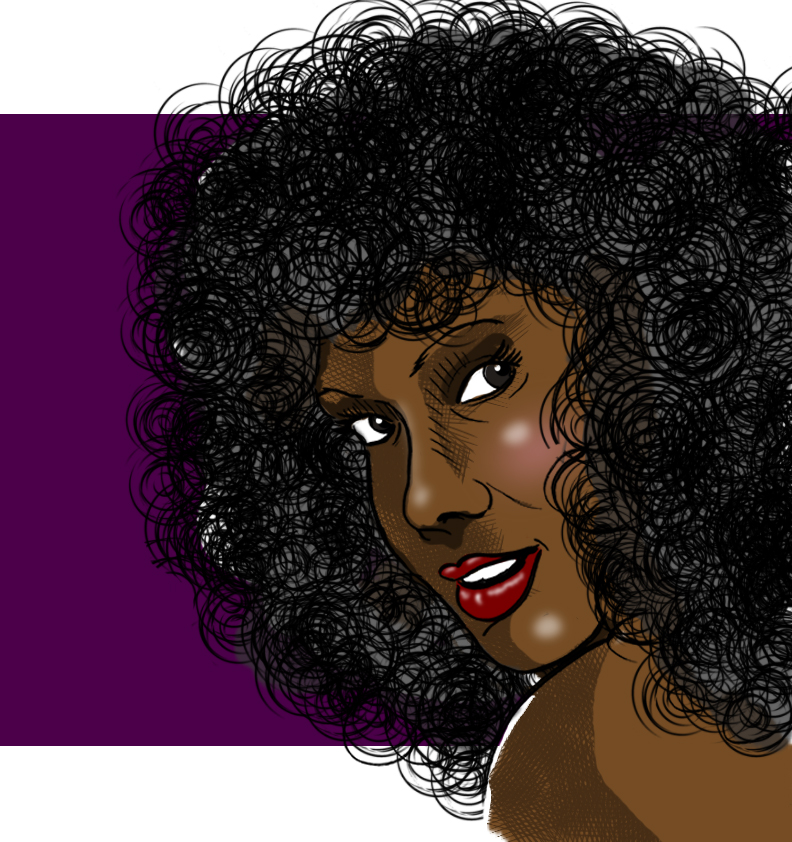 Jeanette Dubois was born in either New York or Philadelphia on August 5, 1932 or possibly 1938 or maybe even 1945… sources are not clear. It is clear, however, that she appeared with the great Sammy Davis Jr. and Louis Gossett Jr. in Golden Boy on Broadway in 1964. In 1970, using the more exotic “Ja’Net” as her first name, she was cast in a small role in the film Diary of a Mad Housewife. The same year, she landed the part of “Loretta Allen” in the popular soap opera Love of Life, making her the first African-American regular cast member on a daytime serial. Ja’Net played the role for three years.

Prolific television producer Norman Lear saw Ja’Net in a production of the play Hot l Baltimore and cast her as feisty outspoken neighbor “Willona Woods” on the TV sitcom Good Times, a spin-off of Maude (which was itself a spin-off from All in the Family) and a vehicle for actress Esther Rolle. During the run of Good Times, Ja’Net’s character adopted a young daughter, played by future superstar Janet Jackson. In 1987, Ja’Net would play Janet’s mother again in the latter’s video for the song “Control.”

After Good Times concluded its network run, Ja’Net was featured in films for the first time in over a decade. Among her big screen appearances were roles in Charlie’s Angels: Full Throttle, I’m Gonna Git You, Sucka and Heart Condition. She also recorded three albums, two of which were released on her own label. Ja’Net’s singing career should come as no surprise. She co-wrote and sang the theme to another one of Norman Lear’s programs — The Jeffersons. She was awarded two Emmys for her voice-over work on the animated show The PJs. She was also recognized with a TV Land Award in 2006 as part of the ensemble cast of Good Times.

Ja’Net passed away in February 2020. Because of her disputed birth year, her actual age was unknown. After her death, Ja’Net’s family made unsubstantiated claims that her birth father was band leader Cab Calloway.