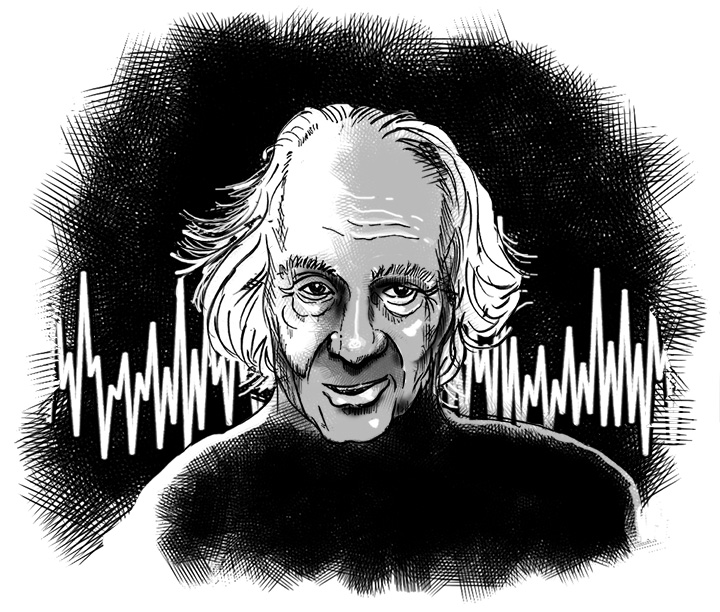 His name may not be familiar, but you have heard Ken Nordine’s soothing, rich baritone.

Maybe it was on Word Jazz, the weekly show he hosted on Chicago Public Radio for over forty years. Perhaps it was on a commercial for Taster’s Choice Coffee, Levi Jeans, Flair Pens, Kraft Caramels or Gallo Wine. Maybe you heard his light-hearted reading of “My Baby” as Fred Astaire tap-danced on a 1960 television special. Could it have been his narration for several Maurice Sendak animated shorts, as broadcast on Sesame Street? Or was it on one of his 15 spoken word recordings or the over 30 guest recordings on which he appeared? Ken even coached young Linda Blair on her vocalizations for her role in the horror classic The Exorcist.

On February 16, 2019, Ken passed away at the age of 98. His mellifluous voice silenced after eight decades.