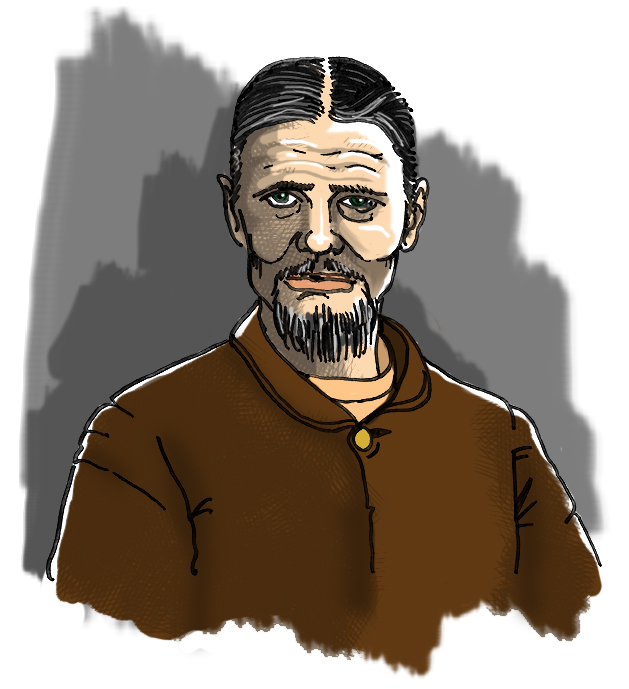 As a young man, Boston Corbett began working in a hat factory in Troy, New York. He had regular exposure to mercury nitrate used in the production of felt. Boston showed signs of hallucinations, psychosis and twitching. After the death of his wife and child, he began drinking heavily. He was unable to hold a job until an encounter with a preacher ended his alcohol consumption and led to his joining the Methodist Episcopal Church. Boston became deeply — fanatically — religious. He wore his hair long to emulate Jesus. One evening, after being propositioned by two prostitutes, Boston castrated himself with a scissors in an effort to avoid sexual temptation.

In April 1861, he joined the Union Army in the early days of the Civil War. He carried a bible with him everywhere he went and berated officers for not participating in his impromptu prayer meetings. He was tried for insubordination and sentenced to be shot, although his sentence was reduced and Boston was discharged. However, he re-enlisted in a different regimen later the same month and was captured and held prisoner at Andersonville prison for five months. He was released in a prisoner exchange.

In April 1865, his regimen was assigned to pursue and apprehend John Wilkes Booth, who had assassinated President Abraham Lincoln early in the month. Two days into the assignment, Corbett’s regimen cornered Booth and Booth accomplice David Herold in a barn on a Virginia tobacco farm. Herold surrendered, but Corbett claimed, through a crack in the barn wall, he saw Booth aim his pistol at him. So, Corbett shot Booth, against orders to bring the assassin in alive. When questioned about his action by superior officers, Corbett said he was “directed by Providence.” Corbett was arrested and brought before the Secretary of War to be court martialed. Corbett maintained that he acted in self-defense.

After a session of rigorous questioning, Secretary of War Edwin Stanton concluded, “The rebel is dead. The patriot lives; he has spared the country expense, continued excitement and trouble. Discharge the patriot.” Corbett was excused. He appeared before a cheering crowd and stated: “God avenged Abraham Lincoln.” Eyewitnesses of the shooting claim that Booth never reached for his gun and that Corbett wasn’t even the one responsible for shooting the presidential assassin.

Corbett proudly wore the moniker of “Lincoln’s Avenger” for the rest of his life. After the Civil War, he returned to the hat-making profession and continued to preach the Gospel to whoever would listen. Fearful of retaliation from Booth sympathizers, Corbett carried a gun where ever he went, often brandishing the weapon at anyone he considered the least bit suspicious. He eventually settled in a cabin in the woods of Minnesota, where he allegedly died in a fire. Over the years, several impostors presented themselves as “Lincoln’s Avenger,” but were all exposed.