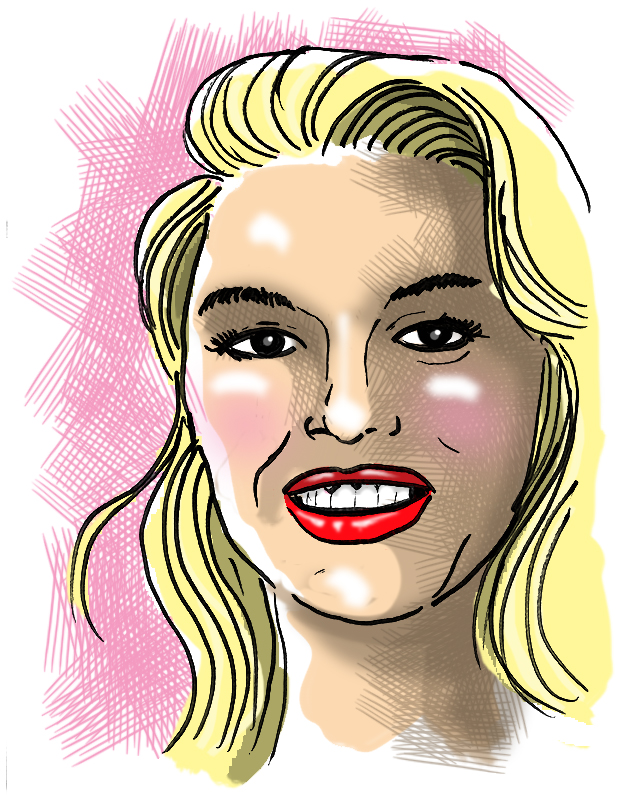 Born in Hooker, Oklahoma, young Sandra Giles moved to Los Angeles with her single mother as a child. Sandra was discovered by a press agent while she was working as a waitress at Canter’s Delicatessen. Not content with being touted as the next “Blonde Bombshell,” Sandra began drama classes at Los Angeles City College.

In 1958, Sandra was cast in three, low-budget films with a teen audience in mind. Later that year, she showed up at the premier of the Clark Gable film Teacher’s Pet in a furry, pink Cadillac convertible. Life Magazine photographers chronicled the publicity appearance in a two-page spread called “The Blond from Hooker.” The pictorial also featured shots of Sandra in a bubble bath.

In 1963, Sandra landed her biggest role, opposite Elvis Presley in It Happened at the World’s Fair. She later appeared in small roles in other films, as well as episodic television. In the 70s, Sandra dated tennis star Bobby Riggs and appeared with him in an episode of the sitcom The Odd Couple. Her on-screen demand dwindled to one or two roles per year and she finished her career with a cameo in an episode of Columbo.

Sandra passed away in 2016 from complications from bullous pemphigoid, a chronic autoimmune skin disease. She was 84.