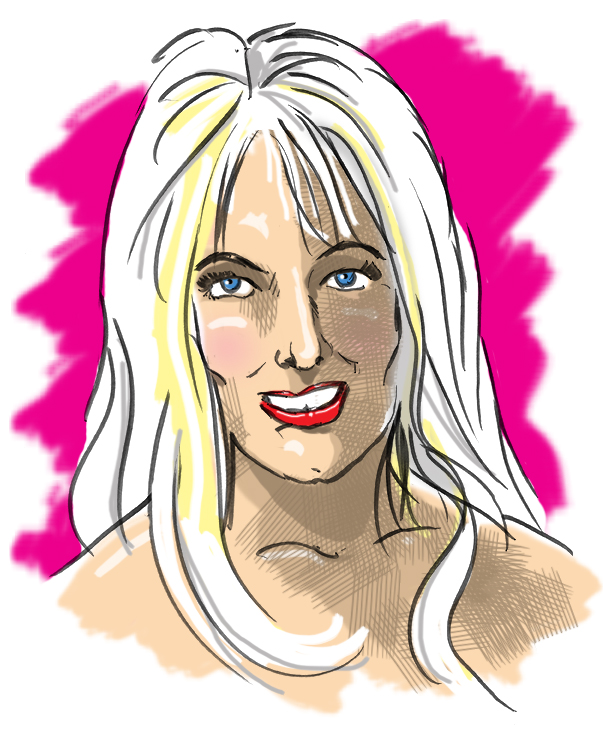 Beautiful Carol Vitale grew up in northern New Jersey, where she was popular in high school. She was a track star and dated the captain of the football team. Upon graduation, Carol and a friend moved to Florida. Carol’s good looks immediately secured her employment as a model for Oldsmobile, leading to a job as spokeswoman at a Florida racetrack.

Soon, Carol found herself as a finalist in the “Miss Florida World” beauty pageant. Afterwards, she began her five-year stint as a bunny at the Miami Playboy Club. Carol graced the cover of the August 1972 issue of Playboy. Two years later, she was named “Playmate of the Month” in the July 1974 issue. Carol made three more pictorial appearances in the publication.

In 1979, Carol headed to California, where a job in the Publicity Department at Universal Studios sparked her interest in broadcasting. She earned a degree in broadcasting and in 1989, began hosting The Carol Vitale Show, a talk-format program that ran on the USA Network for eleven years. During this time, Carol dabbled in fashion design, introducing a line of lingerie gloves marketed by both Playboy and Frederick’s of Hollywood.

In later years, Carol’s heath deteriorated. Suffering from the ravages of lupus and scleroderma, Carol ended her own life in 2008 with a self-inflicted gunshot.