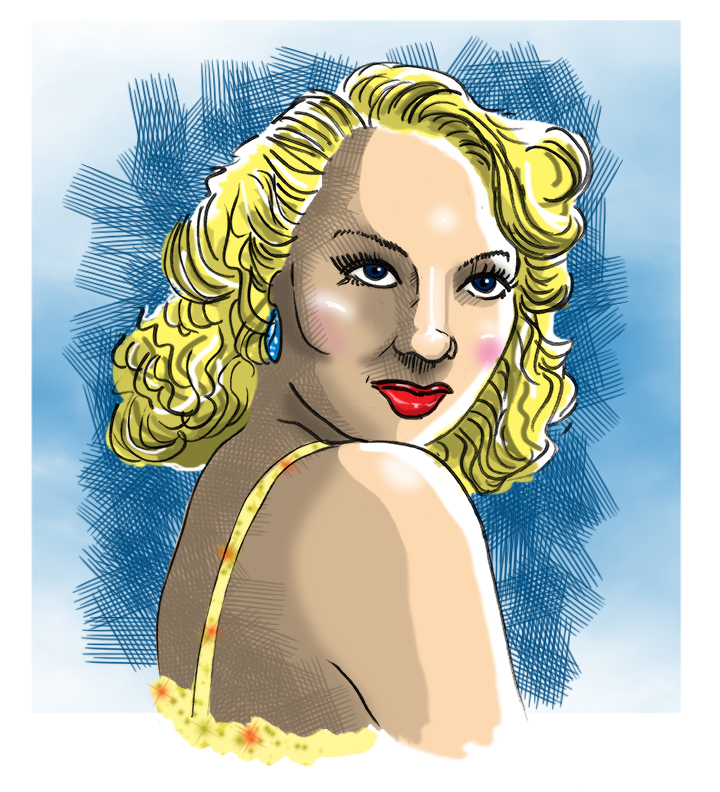 Odessa Cowan was born in 1916 in a predominantly African-American neighborhood on Chicago’s south side. She studied dance and her performances received rave reviews in local newspapers. Soon she was starring in dance reviews, landing on Broadway at 14 years old. Jazz producer Irving Mills assembled an all-girl orchestra and signed Odessa as their leader. The eighteen-year-old “Blonde Bombshell of Rhythm” took to the role and became very popular among her fans and her peers. Mills gave her the stage name “Ina Ray Hutton,” taking the surname of notorious Woolworth heiress Barbara Hutton. Ina Ray bleached her hair and passed as white, despite early census records identifying her as “negro” and “mulatto.”

Ina Ray often appeared in glamorous gowns and changed outfits several times during her performances with The Melodears, a band she fronted and toured with for five successful years. She was even featured in several musical short subjects for Paramount Pictures in the 1930s. In 1939, Ina Ray abruptly disbanded The Melodears and formed a traditional all-male band. She was tired of being viewed as a “novelty act.” She dyed her hair brunette, but continued to appear in slinky evening wear, dancing provocatively while she led the band.

In 1950s, Ina Ray hosted The Ina Ray Hutton Show, shown on KTLA in Los Angeles and briefly on NBC nationally. She reformed her all-girl band for the show and won several Emmy Awards for her efforts.

Ina Ray passed away in 1984 from complications of diabetes. Very few recordings from her career remain and, despite being a groundbreaking performer, she is largely forgotten.