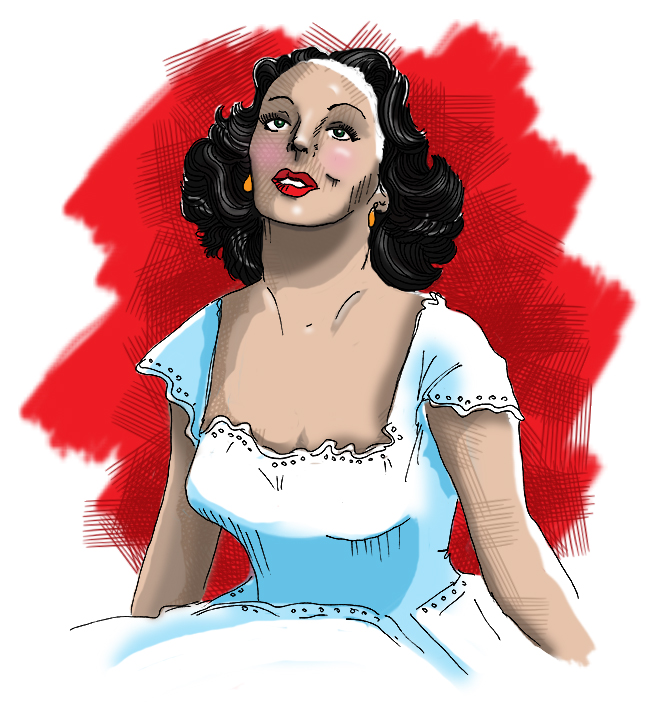 Fourteen-year old Cuban native Estelita Rodriguez signed a contract with MGM studios in 1942. She was dropped by the studio, however, just prior to filming her first picture. She moved to New York and signed a five-picture deal with Republic Pictures, a studio that produced Roy Rogers movies and specialized in Westerns.

Her debut was in Along the Navajo Trail in 1945, a film that Estelita admitted was a nightmare to make. She complained that she was treated like a child on the set. She gained respect and soon was regularly appearing in Westerns, making two dozen films between 1945 and 1959, including Rio Bravo with John Wayne. After a seven-year gap, she starred in the low-budget Western horror film, Jesse James Meets Frankenstein’s Daughter  in 1966. This was Estelita’s final film.

Estelita was married four times, including four years to actor Grant Withers. John Wayne was the best man at this wedding. The couple divorced in 1955 and Withers committed suicide a few years later.

Estelita was found dead in her home in March 1966. The cause of her death was never made public. Estelita was 37.