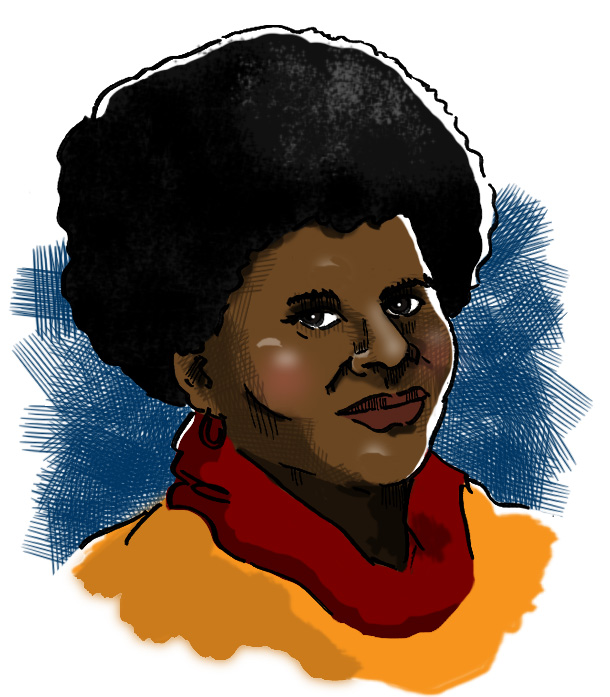 Born in North Carolina, Shirley Hemphill was an aspiring comedian while she supported herself with a job in a factory. She sent a cassette recording of her routine to popular comedian Flip Wilson. Impressed by the tape, Wilson sent Shirley a new cassette recorder, a dozen roses and an invitation to visit the set of his television show. She was so motivated and inspired by her meeting with Wilson, she quit her job and bought a one-way bus ticket to Los Angeles. She performed evenings at The Comedy Store, while she waited tables during the day.

In 1976, a casting agent in the audience at The Comedy Store was so taken by Shirley’s act, she offered her a guest role on the sitcom Good Times. Producer Norman Lear offered Shirley her own show, but she declined. Instead, she auditioned for, and eventually won, the role of “Shirley,” the sarcastic waitress on What’s Happening!, a comedy loosely based on the 1975 film Cooley High. What’s Happening! was a fairly successful series for ABC, but tensions and demands among the cast members – not including Shirley – forced a cancellation after three seasons.

Shirley auditioned, unsuccessfully, for the role of the cook on the continuation sitcom Archie Bunker’s Place. The role went to actress-comedian Anne Meara. One day after losing that part, Shirley was given her own show, One in a Million. The series, after failing to attract an audience, was cancelled six months into its initial run. She returned to the stages of comedy clubs and made infrequent guest appearances on episodic television. She made her motion picture debut in 1993 in CB4, co-starring with Chris Rock. She followed that with a role in the comedy Shoot the Moon. She continued to perform stand-up, making appearances on The Tonight Show, Evening at the Improv, and BET’s Black Comedy Showcase. She was a regular at The Laugh Factory comedy club in Los Angeles.

In December 1999, a gardener working outside of Shirley’s West Covina, California home, saw her lying on the floor of her bedroom. An autopsy revealed that she had died from renal failure. She was dead for nearly two weeks when she was discovered. Shirley was 52 years old.