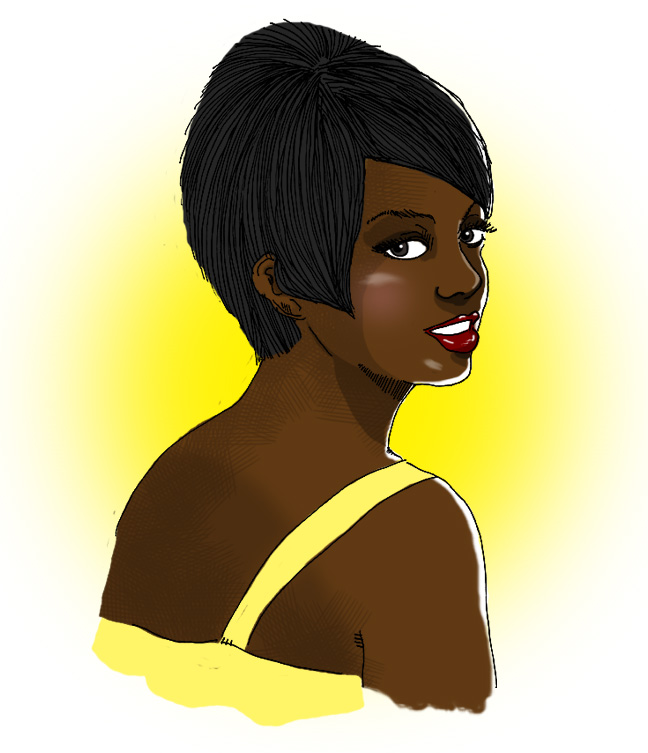 A teenage Tammi Terrell, still using her birth name of Montgomery, signed on as a back-up singer with soul legend James Brown in 1963. While on tour, she entered into a sexual, yet physically abusive, relationship with the singer. Tammi eventually left Brown after he beat her for not watching his entire performance.

Following a brief and unsuccessful stint with Checker Records, Tammi enrolled in a pre-med program at the University of Pennsylvania in her hometown of Philadelphia. She was approached by singer Jerry Butler who asked the young ingenue to accompany him on some nightclub dates, a performance schedule that would still allow her to continue her studies. After a performance in Detroit, Motown Records founder and producer Berry Gordy offered Tammi a contract. Tammi signed with Motown just prior to her 20th birthday. She joined the “Motortown Revue” tour and became the opening act for The Temptations. She also began a heated romance with Temptations singer David Ruffin. Ruffin proposed marriage, but Tammi soon discovered that he already had a wife and three children, in addition to another girlfriend. Ruffin became abusive and once even hit Tammi in the head with his motorcycle helmet. There is speculation that this action aggravated a pre-existing condition that had earlier surfaced as the migraines Tammi suffered as an adolescent.

Motown later paired Tammi up with singer Marvin Gaye. The duo recorded separate versions of the song “Ain’t No Mountain High Enough.” Motown engineers edited the two versions together and released it to high praise. In the spring of 1967,  it reached Number 19 on the Billboard Hot 100 and Number 3 on the R&B charts, thus making Tammi a star. The pair’s follow-up tunes, “Your Precious Love,” “If I Could Build My Whole World Around You,” and “If This World Were Mine” were all hits, as well. Tammi and Gaye went out on a promotional tour, despite Gaye’s reluctance to give live performances. During a show at Virginia’s  Hampden–Sydney College, Tammi fell and Gaye was able to catch her. She was helped off the stage and was later diagnosed with a malignant brain tumor.

Tammi went through surgery and recovery, returning to Motown to record a pair of songs with Marvin Gaye, including “Ain’t Nothing Like the Real Thing,” which hit Number 1 on the charts. Her condition, however, worsened and Tammi was subjected to additional surgeries. She was confined to a wheelchair and suffered from blindness and substantial hair loss. Following her eighth operation in January 1970, Tammi went into a coma, never to regain consciousness. She died on March 16, one month before turning 25. Marvin Gaye was devastated and never fully recovered, emotionally, from the loss. His 1971 album What’s Going On, was inspired, in part, by Tammi’s death.