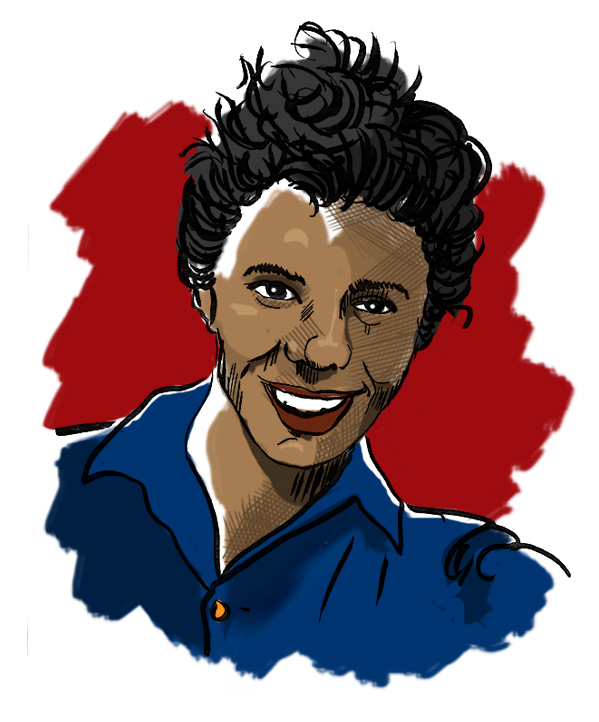 When A Raisin in the Sun opened at the Ethel Barrymore Theater in 1959, it was the first Broadway show written by an African-American playwright. Lorraine Hansberry, at 29, was also the youngest to win a New York Critics’ Circle award.

Lorraine grew up in Chicago’s South Side, where her father, a successful real estate broker, regularly incurred the wrath of his white neighbors. Lorraine, however, benefited from the wealth of intellect brought into the home by family friends Paul Robeson and W.E.B DuBois. When she enrolled in the University of Wisconsin’s writing program, she became politically active and her writing took the same course.

At 23, Lorraine married producer-songwriter Robert Nemiroff and the couple moved to New York City. Nemiroff wrote “Cindy, Oh Cindy,” which was a hit in 1956 by Vince Martin and the Tarriers, and later covered by Eddie Fisher. This sudden income for the couple allowed Lorraine to write full-time.

Based on discovered writings, it is believed that Lorraine was a closeted lesbian. She contributed pieces to The Ladder, the magazine of the Daughters of Bilitis, the first lesbian civil and political rights organization in the United States. Lorraine was a vocal activist for gay rights and often wrote about feminism and homophobia.

In 1957, Lorraine completed her most famous work, A Raisin in the Sun. It was produced on Broadway two years later and featured a nearly exclusive African-American cast, including Sidney Poitier, Ruby Dee, Louis Gossett, Ivan Dixon and Glynn Turman, with John Fiedler being the sole white cast member. Based on the play’s success, NBC tapped Lorraine to write a program about slavery. She presented the network with a script called The Drinking Gourd. Although NBC executives were pleased by the piece, the show was never produced.

Lorraine was selected to direct the 1961 interracial musical Kicks and Co., but after a lukewarm reception in previews, the production never made it to Broadway as intended.

A heavy smoker for most of her life, Lorraine was diagnosed with pancreatic cancer in 1963. She underwent two unsuccessful operations. Her show, the controversial (for its time) The Sign in Sidney Brustein’s Window, which was currently running on Broadway, closed the night of her death. Lorraine was 34.

After her death, Robert Nemiroff adapted a number of Lorraine’s unpublished works into the play To Be Young, Gifted and Black, which became the longest-running Off-Broadway play of the 1968–69 season.