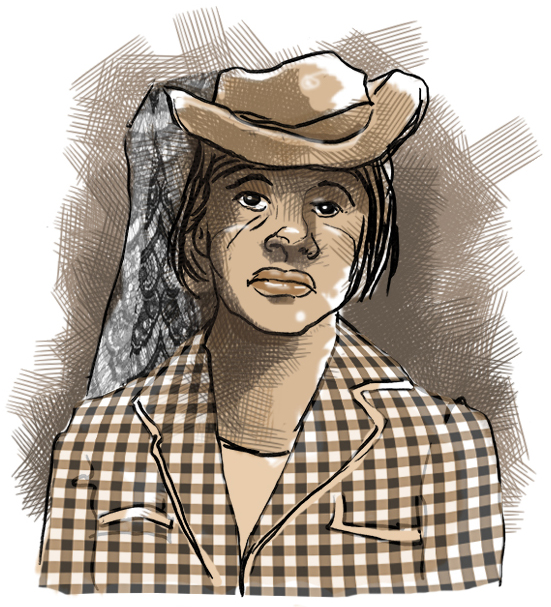 In September 1944, Recy Taylor, a newly married 25-year old sharecropper was walking home from church with her friend Fannie Daniel and Daniel’s teenage son. The trio was accosted by a car with Hugo Wilson behind the wheel. One of the passengers, US Army Private Herbert Lovett, drew a gun and began yelling false, hate-filled and racist accusations at Recy. He forced her into the car and then sped away. Lovett guided the vehicle to a secluded, wooded area where he focred Recy to undress. One by one, Lovett, Wilson and four of the other men brutally raped Recy as she pleaded for mercy. The sixth man, Billy Howerton, recognized Recy and did not participate in the attack.

Fannie Daniel reported Recy’s abduction to the police. Wilson was questioned and fined $250, but no one else was called for interrogation, despite the word of three eyewitness. The black community of Abbeville, Alabama was outraged. The NAACP of Montgomery sent an investigator, Rosa Parks, to Abbeville. Parks’ investigations led her to form a defense team with support from national labor unions, African-American organizations, and women’s groups.

The trial took place in the first week of October 1944, with an all-white, all-male jury. However, none of the assailants had been arrested  and the Abbeville sheriff never arranged a police line-up. The only witnesses were Recy’s family and friends. The case was dismissed within five minutes. A grand jury indictment was needed to reopen the case.

In the meantime, Recy received death threats and her home was firebombed. The angry black community petitioned Alabama Governor Chauncey Sparks to launch an investigation. It came to light that the Abbeville sheriff made false statements regarding arrests. Interviews with the assailants yielded wild stories of consensual sex and that Recy was a known prostitute. Even after rapist Joe Culpepper admitted that he and his cohorts were “looking for a woman to attack,” a county jury still failed to present an indictment.

Recy and her family lived in fear for two decades in Abbeville, before moving to Florida. After a divorce and the accidental death of her daughter, failing health brought Recy back to Abbeville.

In 2011, the Alabama House of Representatives apologized to Recy Taylor on behalf of the state for its failure to prosecute her attackers. The apology was delivered by Abbeville Mayor Ryan Blalock as Recy visited Rock Hill Holiness Church, the house of worship from which she was kidnapped in 1944.