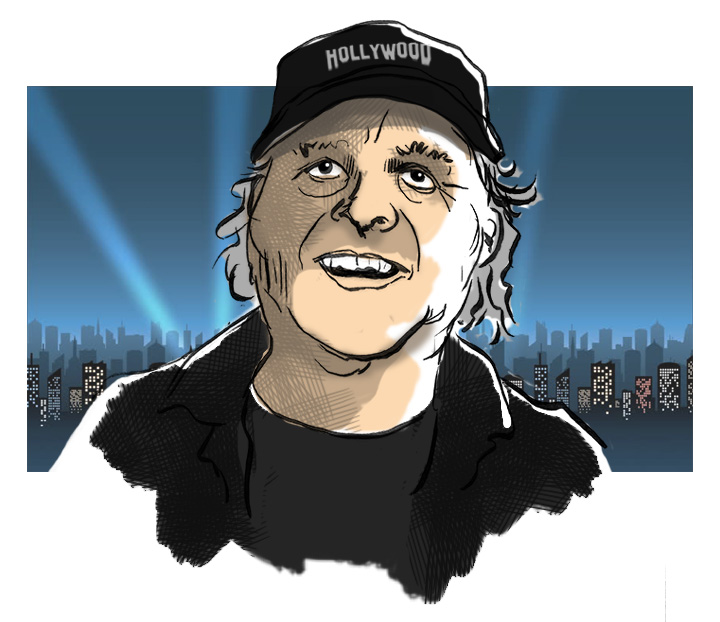 I have been a frequent attendee at memorabilia and autograph shows for over twenty-five years. Among the special celebrity guests, seated at long tables stacked with a modest selection of eight-by-ten glossy photos depicting their most notable roles, I always spotted this spry little man at a table overflowing with photos, scripts, booklets, DVDs and VHS tapes. I had no idea who he was, but he was very friendly and always seemed to be engaged in an animated conversation. He leaned on a stack of tapes and, flailing his arms for emphasis, expounded on his career.

After seeing him at a number of conventions, I decided to do a little research. I discovered this man was Conrad Brooks, son of Polish immigrants who met notorious Z-grade filmmaker Ed Wood Jr. in a Hollywood donut shop. A meeting that would change Conrad’s life. The pair collaborated on fifteen short films and several features including the infamous Plan 9 From Outer Space. Conrad was cast as “Patrolman Jaime” in the convoluted, but compelling, shlockfest. Conrad went on to appear in the horrendous The Beast from Yucca Flats, a 1961 sci-fi clunker that rivals Plan 9 for the title of “Worst Film Ever Made.”

After a two decade break, Conrad came back fast and furious in the 1980s. He appeared in and directed a slew of painfully-low budget films with curious titles like Soul Robbers from Outer Space, The Saturn Avenger vs. the Terror Robot, Curse of the Queerwolf  (playing a character slyly named “Wally Beaver”), Zeppo: Sinners from Beyond the Moon!  and many more.

He became a staple at east coast horror conventions, telling tales of his extensive film career with the passion of Robert DeNiro, though not remotely the same success. He seemed to be convinced that Hollywood would come knocking at his door any day now. At one show in the early 2000s, I inadvertently made eye contact with Conrad and, after a lengthy anecdote about his friendship with the late Bela Lugosi during the drug-addicted final years of his acting career, I was coerced into purchasing a photo to add to my collection. With a flourish of his black Sharpie, Conrad inscribed a shiny black-and-white still of Lugosi with his arm around a smiling young man that Conrad assured me was him. When I got home, I discovered the picture was an odd size, larger than the standard 8″ x 10″, yet smaller than the next standard size frame. Even in photos, Conrad was a misfit. But a nice misfit. I found out from the promoter at a recent show, that Conrad signed autographs and sold videos to get money for groceries.

This year, it’s a whopping 81 minutes worth of Christmas cacophony that’s sure to ruin your holiday celebration within seconds. You get twenty-seven eclectic Christmas selections plus a custom full-color cover with track listings – all for you and all for FREE! (That’s right! FREE!)