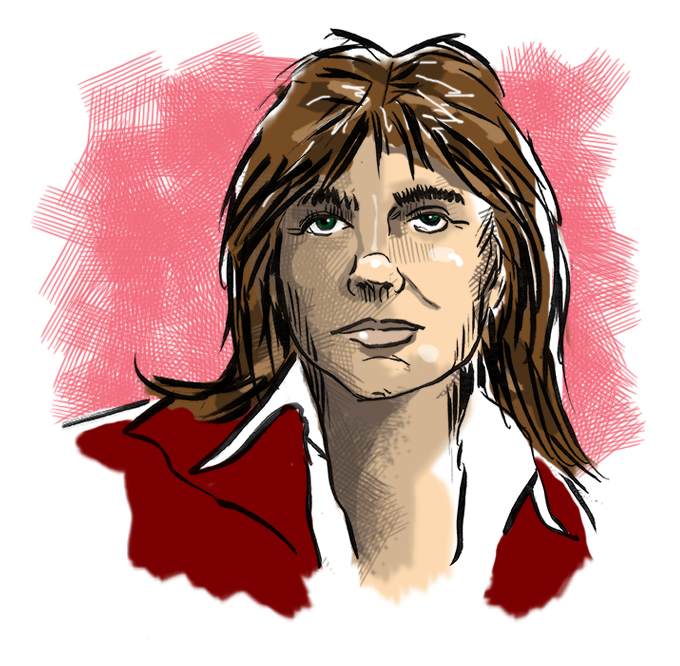 When Suzanne Crough passed away in 2015, I was sad and I was moved to write this piece on my other blog, It’s Been a Slice. Suzanne was only 52 when she died. After her very brief time in the spotlight, she led a fairly normal life.

Suzanne’s TV “big brother,” David Cassidy passed away at the age of 67, a mere nine months after revealing to the world that he had been diagnosed with dementia. David was determined to continue performing, but his deteriorating condition began to hinder his shows. He would often appear disoriented, forgetting song lyrics he had sung hundreds of times. Finally, in the closing days of November 2017, David succumbed to multiple organ failure as he lay in a hospital awaiting a liver donor.

For some reason, the sadness I felt when Suzanne Crough died escaped me when I learned of David Cassidy’s death.

I loved watching The Partridge Family every Friday night when it ran on ABC between The Brady Bunch and Room 222. The show, originally a proposed vehicle for real-life family pop group The Cowsills, was retooled as a sitcom starring Academy Award-winning actress Shirley Jones and her real-life stepson David Cassidy. The writing and plot lines were typical sitcom fare, but the target audience — prepubescent girls — was very forgiving, focusing instead on the dreamy good looks of chestnut-tressed star Cassidy. Supplemented by relentless coverage in every teeny-bopper publication, David Cassidy’s fame grew exponentially. That is, until the show met its demise when the network moved it to Saturday evenings opposite the fledgling juggernaut All in the Family. The Partridge Family left the airwaves in March 1974, essentially taking David Cassidy’s career with it.

The post-Partridge Family Cassidy struggled to maintain his stardom, while trying desperately (and angrily) to break free of his “Keith Partridge” pigeonhole.. He continued to release albums with modest success, but the singer who once sold out two consecutive nights at Houston’s Astrodome, was now enjoying popularity predominantly in Europe — his domestic fans having moved on to the “next big thing.” Despite scoring the first hit with “I Write the Songs,” months before it would become Barry Manilow’s signature song, David failed to garner the adoration he once received in the United States. In 1978, however, David returned to network television with police drama series called David Cassidy: Man Undercover. The series was cancelled after one season, although the concept was revamped years later as the basis for the hit Fox series 21 Jump Street.

In the 90s, David collaborated with New York Post music columnist Chip Deffaa on his autobiography entitled C’mon, Get Happy … Fear and Loathing on the Partridge Family Bus. I read the book, just after completing Barry Williams’s tongue-in-cheek memoir chronicling his experiences as everyone’s cool older brother Greg Brady. Where Williams’s volume was lighthearted and self-deprecating, David Cassidy’s account was mean-spirited, angry and filled with accusations, blaming everyone for stifling his true musical calling. David derided the “bubble gum” tunes he was “forced” to sing. He dismissed the show that made him a household name, as well as a very rich man.

Looking back on David Cassidy’s career, I can safely say that his was one of the most ungrateful success stories I’ve ever seen. Sure, his life took some unpleasant turns – three times divorced, struggles with drugs and alcohol, bankruptcy. But, he enjoyed success at a level that few can claim. But, he appeared unsatisfied and, yes, ungrateful.

At 67, he certainly died too soon. Perhaps, too soon to fully assess the life he led.