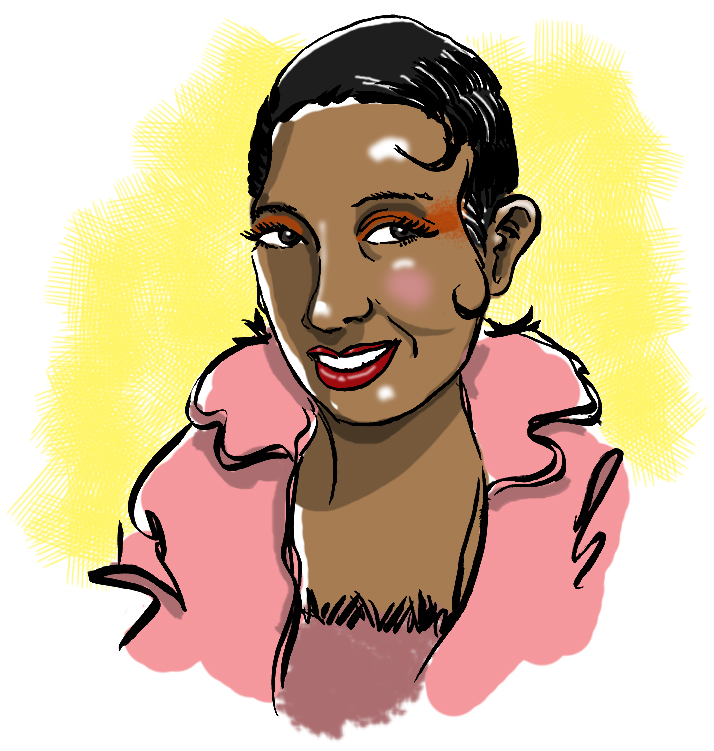 15 year-old Josephine Baker began her career dancing on the streets of St. Louis. She was recruited to perform in the vaudeville circuit and eventually traveled to New York. She was a chorus girl during the Harlem Renaissance and was featured in Broadway revues alongside the great Adelaide Hall. Josephine, along with most African-American performers of the time, took the stage in blackface.

After a brief stint with the Ziegfeld Follies in 1936, Josephine returned to France. She married a native and became a French citizen. She even helped the French Resistance during World War II, smuggling messages in her underwear to be delivered after performances. She became revered for her patriotic efforts for her adopted country and was welcomed at the Folies Bergere. She regularly packed the house and was invited back to the United States. However, Josephine was a  harsh critic of segregation and rumors spread of her involvement with Communists. These accusations prompted the termination of Josephine’s work visa, forcing her to cancel all her remaining engagements and return to France. It was almost a decade before U.S. officials allowed her back into the country.

In 1973, Josephine returned to play Carnegie Hall in an effort to help her failing finances. Now in her mid-60s, her strenuous performances were exhausting. She also had trouble remembering lyrics, and her speeches between songs tended to ramble.

In 1975, she starred in a career retrospective at a Paris music hall. Seating was at a premium. The audience included such fans as Sophia Loren, Mick Jagger, Diana Ross, and Liza Minnelli. Four days after the show, Josephine was found unresponsive in her bed. She was comatose, the result of a cerebral hemorrhage. She was rushed to a hospital where she was pronounced dead at 68 years old.