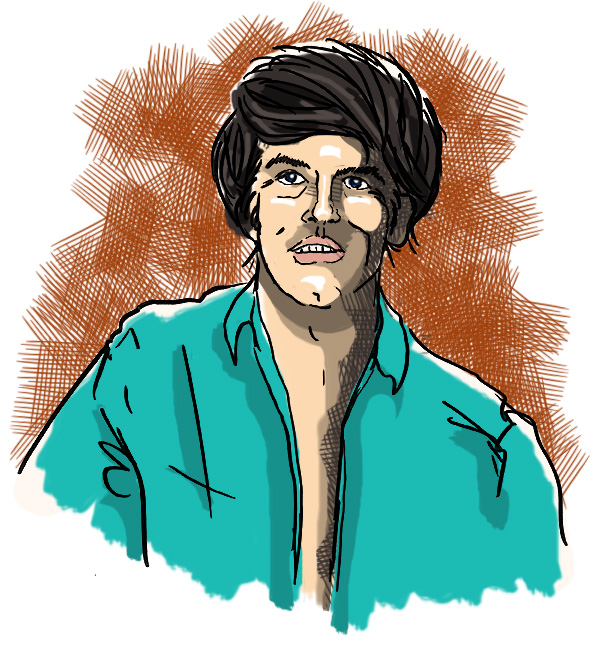 Sally Dennison, a Hollywood casting director, saw Mark Frechette, a Boston carpenter, yelling at a woman on the street. The angered Mark hurled a flowerpot at the woman from his third-floor vantage point and continued his vicious shouting. Sally was captivated. She quickly brought the young hothead to her director, Michelangelo Antonioni. She explained, “He’s twenty and he hates.” After a year-long search for the perfect actor, Antonioni cast Mark in the lead role of his up-coming film Zabriskie Point, despite having no acting experience. Mark and the director butted heads and disagreed during the entire duration of filming.

The film was a critical and box office failure (although it reached cult status many years later), but Mark enjoyed new-found fame. He appeared on the cover of numerous magazines and on various talk shows.

Later, he joined the Fort Hill commune, a notorious counter-culture organization in Boston. In late summer 1973, Mark and two members of Fort Hill attempted to rob the New England Merchant’s Bank in Boston’s Roxbury neighborhood. One of his colleagues was killed by police and Mark, along with fellow Fort Hill member Sheldon T. Bernhard, was arrested. Mark was sentenced to six to fifteen years in prison.

Three years into his sentence, Mark was working out in the prison gym. He was killed when a 150 pound barbell fell on his throat. Mark was 27 years old.