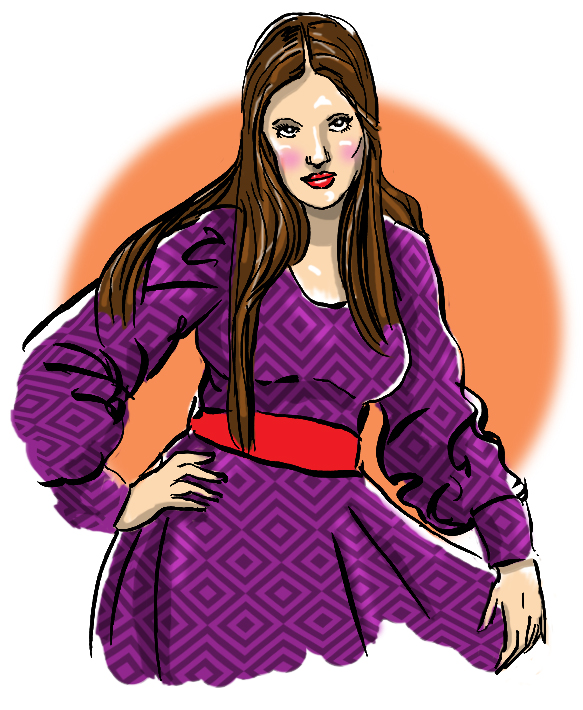 Lynne Frederick aspired to be a math teacher, but her delicate, “fairy tale princess” looks pointed her towards a career as an actress. As a teenager, she was featured in numerous films in her native England, including the historical drama Nicholas and Alexandra in 1971 and  Henry VIII and His Six Wives a year later. She was named “Best New Actress” by British newspaper The Evening Standard and continues a successful run of films through the 70s. Her final film role was in 1979 in Prisoner of Zenda, opposite her husband, actor Peter Sellers.

Lynne’s marriage to Sellers was a rocky one. Sellers was 29 years older than Lynne. After a few years, Sellers began making arrangements to exclude Lynne from his will. He died from a sudden heart attack before his changes to the document were finalized. 25-year old Lynne inherited 4.5 million pounds (valued by today’s standards at nearly 18 million dollars). She then excluded Sellers’ children from previous relationships. She also successfully sued the producers of the 1982 film Trail of the Pink Panther, which was made with outtake footage and released after Sellers’ death. Lynne was awarded 1 million pounds as a result.

Lynne sunk into a deep depression after Sellers’ passing and created a shrine to her late actor-husband at her Swiss home, which she inherited. However, she briefly married talk-show host David Frost for a short 17 months in 1981-1982. In 1982, Lynne married an American surgeon. When she divorced her third husband, Lynne sunk deeper into depression. Her health deteriorated and she began using drugs and drinking heavily. On a rare visit, Victoria Sellers, Peter’s daughter with actress Britt Ekland, found Lynne barely able to move, dressed in dirty clothes and swigging vodka straight from a jug. Three weeks later, Lynne was dead at age 39, a suspected suicide. She was survived by her 11-year old daughter Cassie from her third marriage. Cassie inherited all of Lynne’s assets and possessions. None of Peter Sellers’ three biological children saw a dime of their father’s wealth.