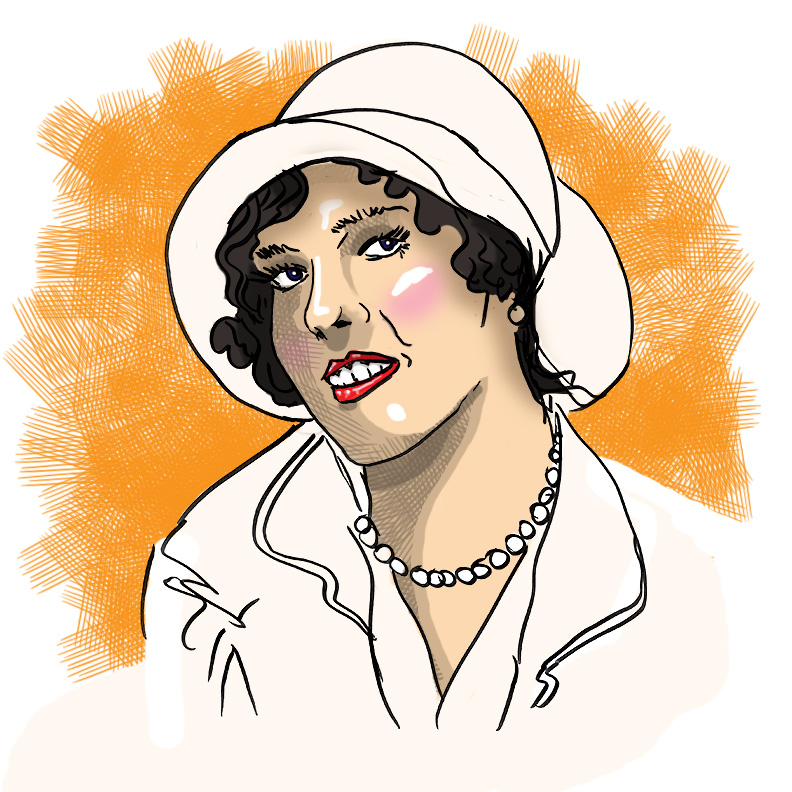 Young Josephine Lederer was a welcome and frequent guest at Hearst Castle, the guest of publishing magnate William Randolph Hearst and her aunt, Hearst’s lover, actress Marion Davies. Hearst was fond of Marion’s niece, as well as Josephine’s brother, future screenwriter Charlie Lederer. The energetic and vivacious Josephine earned herself the nickname “Peppy.” She altered the spelling and soon legally changed her name to “Pepi.”

As brother Charlie gained success in Hollywood with script refinement to The Front Page, Pepi was obligingly offered bit parts in some of Marion Davies’ films. She appeared in small roles in a few films, exhibiting only a modicum of talent. Angry at not being taken seriously as an actress, Pepi packed her bags and moved to London at 18 years of age. Instead of acting roles, Pepi discovered alcohol and drugs, cocaine in particular. She pursued numerous romantic affairs, specifically a lengthy relationship with actress Louise Brooks. She returned to the United States for an abortion when she discovered she was pregnant — quite a surprise — as Pepi was an affirmed lesbian. (It was later revealed that Pepi was raped at a New Years Eve party in 1929, while drunk.)

The abortion resulted in major health issues for Pepi. Coupled with her drug dependency, her physical and mental health were in a steady decline. Marion Davies had Pepi committed to a mental hospital. After just one day in the facility, Pepi crashed through the screened window of her sixth floor room and jumped to her death. She was 25 years old.