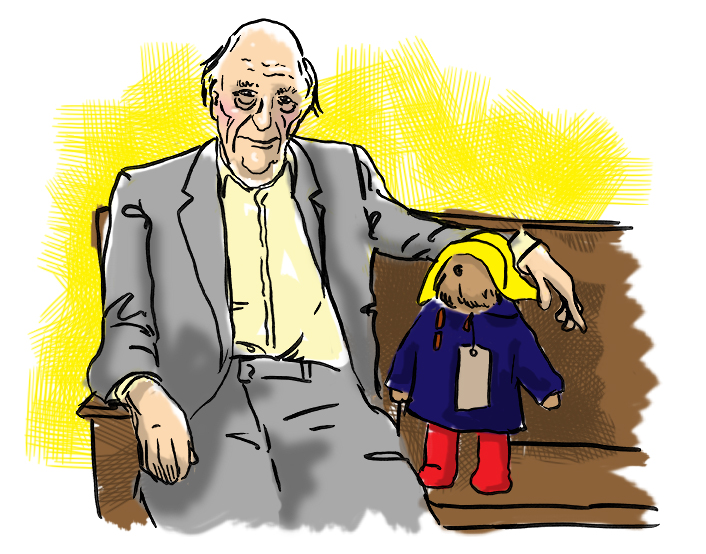 “Adventures are always better with friends.”

After surviving a building collapse following a World War II air raid, Michael Bond joined to Royal Air Force, but was dismissed after a severe bout of air sickness. He spent the rest of the war in an administrative position. After the war, Michael became a cameraman with the BBC, while honing his life-long dream of writing. He sent his manuscript about a little bear from “darkest Peru” to famed British children’s writer Barbara Ker Wilson. Wilson loved the book and intended to published it.  When she called Michael to tell him the news, he told her that he was not permitted to receive personal phone calls at work.

The Adventures of Paddington, the first of 13 books featuring the loveable bear, was published in 1958. It would go on to sell over 35 million copies worldwide. The last in the series, Paddington Turns Detective and Other Funny Stories, was published posthumously in 2018.

Michael Bond passed away in June 2017 at age 91. He was interred in Paddington Cemetery with a headstone whose inscription reads: “Please look after this bear, Thank you.”