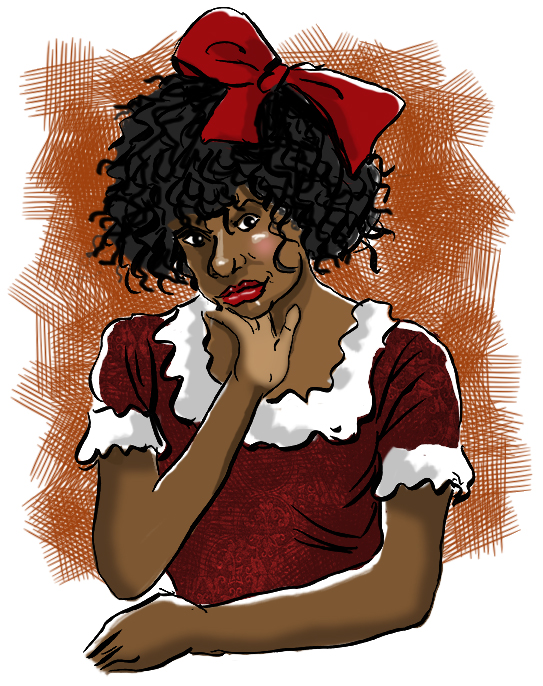 Aida Overton Walker refused to be a stereotype.

Born in New York City in 1880, Aida had extensive musical training and joined The Octoroons, a notable performing group of the late 19th century. Soon, the teenage Aida joined the Black Patti Troubadours, another popular singing and dancing group. Although the group consisted of dozens of performers, Aida stood out and became a featured vocalist and dancer.

Aida joined up with renowned comedy team Bert Williams and George Walker, and appeared in all of their shows. Soon, she married Walker and became the director and choreographer of all of their productions, in addition to a featured performer.

A talented dancer, Aida enhanced and elaborated upon popular dances and became known as “The Queen of the Cakewalk,” a seductive dance popular around the turn of the 20th century. She refused to play the typical roles reserved for female African-American performers, shunning slaves and servants in favor of high society ladies.

Aida and her husband, along with Williams, toured the country, often breaking new ground by performing in vaudeville venues that typically banned African-Americans. The troupe’s popularity was too great for prejudice. George Walker, however, took ill and Aida retired to care for him. George passed away in 1911. Aida took to the stage within two months with a tribute show, performing his songs, dances and jokes in his clothing.

She worked for charitable causes and as a mentor for aspiring young female African-American performers. She helped with and served as an inspiration for costumes and dance routines, in hopes of squashing the perception that African-American women were loose and promiscuous and passing along her vision of African-American performance as refined and elegant. In the last years of her life, she produced shows for two such female groups — the Porto Rico Girls and the Happy Girls.

Aida passed away suddenly in 1914 at the age of 34. But, she set the stage for the likes of Lottie Gee, Florence Mills, Ethel Waters and Josephine Baker.