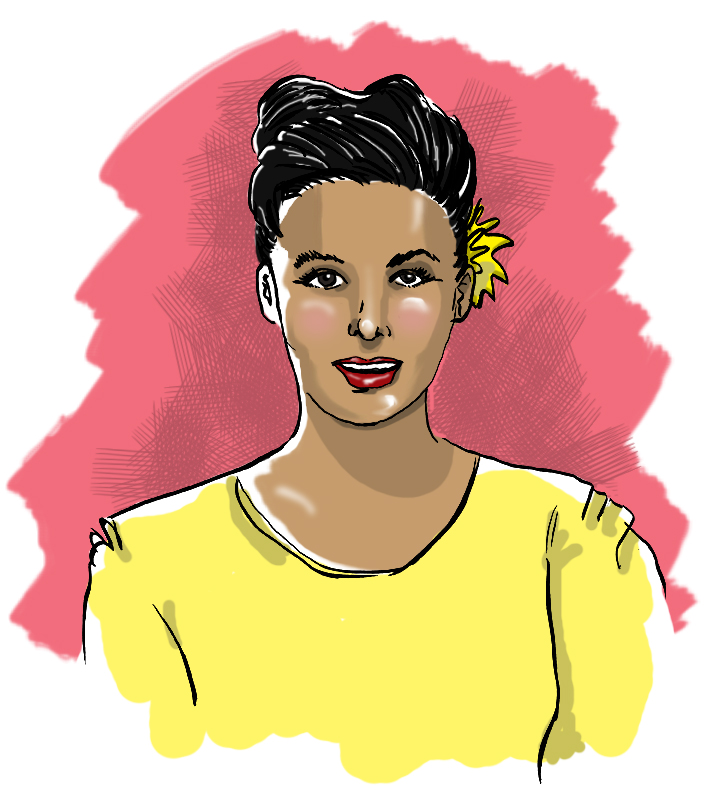 Lena Horne joined the chorus line at Harlem’s famed Cotton Club in the fall of 1933 when she was just 16. By the spring, she was a featured performer at the club, eventually touring as a vocalist with bandleader Charlie Barnet. Not a fan of life on the road, Lena returned to her native New York as headliner in a “Cotton Club”-style revue at Cafe Society in Greenwich Village. Not too long after, she was coaxed to Hollywood where she headlined briefly at a Sunset Strip nightclub until she made her film debut.

In 1943, she appeared in Stormy Weather for MGM Pictures, a musical in which she sang the title song, the song with which she would be associated for the rest of her career. She went on to appear in a number of musicals for MGM, but was never featured in a leading role because of her race. Her films had to be re-edited for presentation in cities where theaters would not show films with black performers. Her segments were often stand alone numbers that had very little to do with the rest of the film.

By the mid-1950s, Lena was fed up with Hollywood and turned to nightclubs. Lena headlined and enjoyed success in clubs across the country, including The Sands in Las Vegas, the Cocoanut Grove in Los Angeles, and the Waldorf-Astoria in New York. A live recording of her performance at the Waldorf became the biggest selling album to date by a female artist for RCA Records.

Lena was blacklisted in the 1950s for her close association with pro-communist groups. However, as an outspoken advocate for civil rights, she was one of 250, 000 marchers on Washington in 1963 who witnessed Dr. Martin Luther King’s inspirational “I Have Dream Speech.” She disavowed communism by the late 60s.

Lena was a staple on television during the 1960s, appearing numerous times on The Ed Sullivan Show, The Perry Como Show and The Flip Wilson Show. She was the object of Redd Foxx‘s affection and was often referenced on Sanford and Son.

One year after announcing her retirement in 1980, Lena embarked on a one-woman show that ran for more than three hundred performances on Broadway. She eventually took the show on an extensive tour. By 2000, now in her 80s, Lena disappeared from the public eye. She passed away in 2010 at the age of 92.