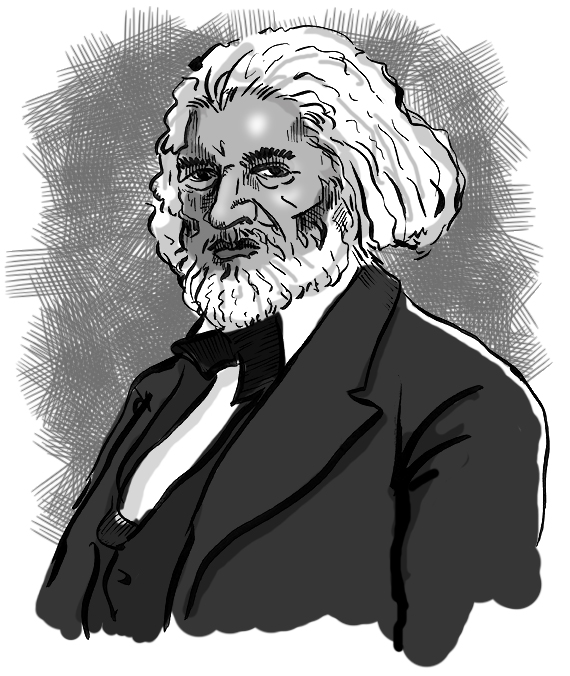 Frederick Douglass was a one-time slave who, secretly, taught himself how to read a write. He eventually escaped his inhumane treatment, fleeing to the North and settling in New Bedford, Massachusetts. He became an outspoken proponent for freedom as a firm believer in equality for all people. He was an advocate for voting rights for women and African-Americans and gave many passionate public speeches on the issue. He became the first African-American nominated for Vice President of the United States as the running mate of Victoria Woodhull (the first woman to run for U.S. President), on the Equal Rights Party ticket.

At a recent White House breakfast to kick off Black History Month, a vague and confused reference by the current president brought Douglass’s name to the headlines, prompting Robert Benz a co-founder of the Frederick Douglass Family Initiatives, to issue this statement:

The President’s comments from the Roosevelt Room of the White House, about Frederick Douglass, were noted and appreciated by us, the Douglass family. In fact, we believe, if he had more time to elaborate, the President would have mentioned the following:

Like the President, we use the present tense when referencing Douglass’s accomplishments because his spirit and legacy are still very much alive, not just during Black History Month, but every month. Leading up to the Bicentennial of Douglass’s birth, in February 2018, here are some of the initiatives that we, the Frederick Douglass family, will be implementing as well as some of those we hope to implement with the support of this administration, the institutions it leads and the American people (black, brown and white alike):

These are just a few examples of how Frederick Douglass has impacted and will continue to impact this country. We look forward to helping re-animate Douglass’s passion for equality and justice over the coming year leading up to his Bicentennial in 2018. We encourage the President to join in that effort.

All of the Dead Celebrity Spotlight posts for the month of February will be in honor of Black History Month. – JPiC