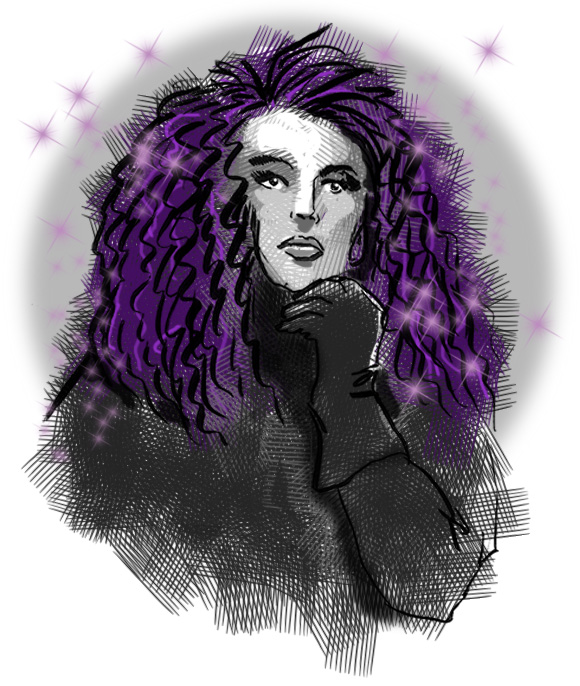 It was pretty apparent that Pete Burns was unique when, at 14, he was sent to the headmaster’s office for arriving at school one morning with no eyebrows, flaming red hair and one gigantic earring.

While working as a clerk in a Liverpool record store, Pete formed his first band, the short-lived Mystery Girls. He then went on the assemble the neo-goth band Nightmares in Wax, but soon changed the band’s name to the ominous Dead or Alive. After minor acclaim with their cover of the disco anthem “That’s The Way I Like It” in 1984,  Dead or Alive scored a number one hit with “You Spin Me Round (Like a Record).” The song became an international success and brought Pete and his band instant, though fleeting, fame.

Although he kept Dead or Alive alive as a solo act over the years, Pete gained additional fame as an outspoken and flamboyant figure on British reality television. He appeared on the United Kingdom’s versions of Celebrity Big Brother and Celebrity Wife Swap. He also subjected himself to numerous cosmetic surgeries that altered his appearance beyond recognition. Pete’s evolving, androgynous look prompted him to accuse Culture Club’s Boy George of stealing his image.  Regarding his ambiguous sexuality, Pete once said “Everyone always wants to know – am I gay, bi, trans or what? I say, forget all that. There’s got to be a completely different terminology and I’m not aware if it’s been invented yet. I’m just Pete.” In a 2006 interview, Pete revealed that he spent nearly all of his savings on reconstructive lip surgery. He announced a lawsuit against the doctor who performed the procedure.

In 2006, Pete was arrested for assault and later fell gravely ill from a kidney ailment. He declared personal bankruptcy in 2014 and was evicted from his apartment for non-payment of rent. Suffering from recurring deep vein thromboses and pulmonary embolisms rooted as a result of his multiple surgeries, Pete succumbed to a massive heart attack in October 2016. He was 57 years old.

Boy George, his one-time nemesis, remembered Pete as “one of our great true eccentrics.”