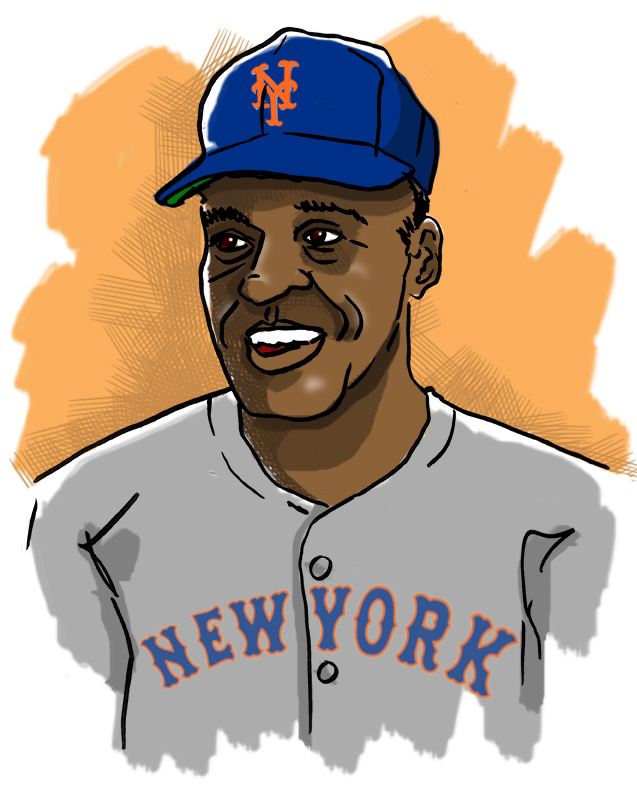 Young, eager Choo-Choo Coleman was drafted by the Washington Senators in 1955, however he was soon released. He was picked up by the Brooklyn Dodgers but signed with the Philadelphia Philles in a Rule 5 draft. In 1961, after getting hit by a pitch in his first Major League plate appearance, he played in 33 more games for the Phillies. He posted a dismal .125 batting average and was taken by the brand-new New York Mets in the expansion draft.

He was perfect for the abysmal Mets. He had a low batting average. He had only nine career home runs and as a catcher, he was awful. He had great difficulty handling pitchers, prompting Mets’ manager, Hall of Famer Casey Stengel to offer this back-handed compliment: “I never seen a catcher so fast at retrieving passed balls.”

Choo-Choo called it a career in 1966 and returned to his native Orlando, Florida. After his first wife passed away, he married into a family who owned and operated a Chinese restaurant in Newport News, Virginia. He helped to run the business, even working as a cook when needed. He lived in relative obscurity until he was invited to a 2012 event to celebrate the 50th anniversary of the Mets. He graciously appeared at the celebration in New York, taking his first airplane ride in 35 years to get there. He dispelled many rumors and confirmed others, including the origin of his nickname. “I got it as a kid ’cause I was fast,” he said proudly. At the celebration, his former teammate and roommate Charlie Neal asked him if he remembered his name. Choo-Choo replied, “Sure. You’re Number 4.” Known to be forgetful, Choo-Choo called everybody “Bub.” When asked what was his wife’s name and what’s she like, Choo-Choo answered, “Her name is ‘Mrs. Coleman and she likes me.”

Choo-Choo Coleman passed away earlier this month at the age of 78.