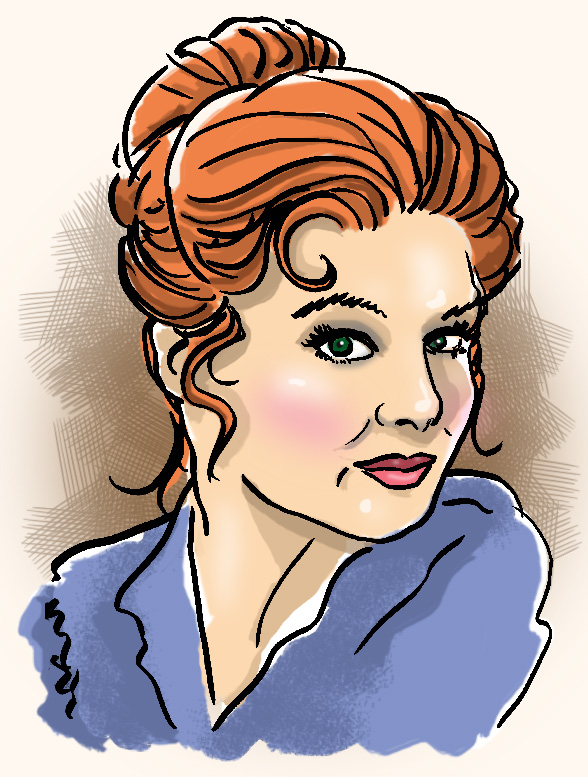 Teenage Patsy Lou Blake did some modeling in her hometown of Dallas, Texas for the Conover Agency. She was spotted by a scout from Warner Brothers Pictures and, soon young Pasty, now using the more sophisticated-sounding name “Patricia Blair,” was cast in the war drama Jump Into Hell in 1955. She had roles in several more films until she landed a small regular role in the TV western Yancy Derringer starring Jock Mahoney. Patricia played “Goldy,” one of the hostesses at Madame Francine gambling club. Later, Patricia appeared in 22 episodes of the popular Western The Rifleman as feisty hotel owner “Lou Mallory,” a potential love interest for series star Chuck Connors. In her debut episode, she duped a group of local farmers out of their land with insider knowledge of a railroad coming into the town of North Fork. Patricia made guest appearances in several episodic television shows, including Perry Mason, The Bob Cummings Show, The Virginian and Bonanza.

In the early 60s, Patricia planned on moving to New York, when screenwriter Gordon Chase helped her get the female lead in the series Daniel Boone. She starred opposite Fess Parker as “Rebecca Boone,” Daniel’s wife and mother to son Israel and daughter Jemima. When the series ended in 1970, Patricia made a handful of guest shots on various TV dramas and until she bid farewell to her show business career.

In the 70s, she began a lucrative and fulfilling second career producing corporate trade shows in New York and New Jersey. She happily stayed out of the spotlight until her death in 2013 at the age of 80.

But there is another part of the story….