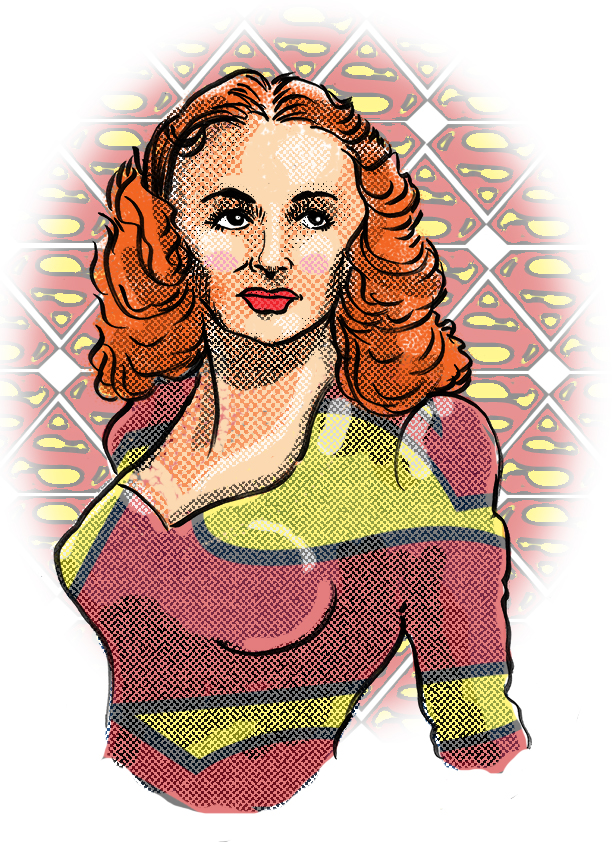 During World War II, Noel Neill was one of the most popular pin-up models, second only to Betty Grable. She was a regular player at Monogram Pictures, a movie studio known for producing low-budget pictures. Noel was featured in “wayward teen” films, as well as Westerns and one of the last Charlie Chan mysteries. She also sang with Bob Crosby’s Orchestra and performed at the Del Mar Turf Club, owned by Bob’s brother Bing.

In 1948, Noel starred as reporter “Lois Lane” opposite Kirk Alyn in a Superman serial. In 1951, the TV series Adventures of Superman debuted with George Reeves in the title role and Phyllis Coates taking the role of Lois Lane. When the second season began production, Phyllis Coates had committed to another project, so producers signed Noel to reprise her film role as the spunky Daily Planet reporter. She stayed with the series for the remainder of its six season run. George Reeves’ untimely death canceled the show’s seventh season, although there were tentative plans to continue, focusing on the adventures of Lois Lane and Jimmy Olsen.

Unlike her predecessor Coates, Noel embraced the role of Lois Lane and her association with Superman. She appeared in the 1978 big-screen version of Superman, as well as cameos in episodes of Smallville and Lois and Clark. She returned to the big screen in Superman Returns in 2006.

Noel made appearances at the annual Superman Festival in Metropolis, Illinois. She was often asked by curious fans: “Why didn’t you know that Clark Kent was Superman, just wearing a pair ofeyeglasses?” Her regular reply was: “I don’t want to lose my job!”