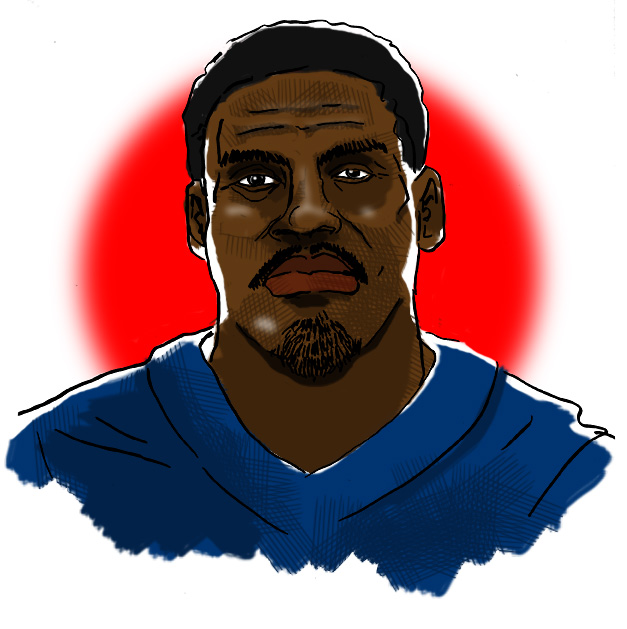 Zurlon Tipton was a running back for Central Michigan University. Although he was not picked in the 2014 NFL Draft, he was signed by the Indianapolis Colts. He was waived in September 2014, but re-signed to the team’s practice squad. He eventually made the active roster and scored his first touchdown in a game against the Dallas Cowboys on a 1-yard pass. He played in the 2014 playoffs, but was waived again in September 2015, but re-signed (again) to the practice squad on September 17, 2015.  On November 26, 2015, Zurlon was again waived. Once again, he was re-signed by the Colts on November 30, only to be waived again one month later.

On Christmas Day 2015, just four days after he was released by the Colts for the last time, Zurlon was arrested and charged with criminal recklessness with a deadly weapon, after firing a single shot from his AR-15 rifle into his girlfriend’s house. He was released on $3,000 bond.

On June 28, 2016, Zurlon was removing a bag containing two guns from his car when he accidentally shot himself in the stomach. He was taken to the hospital in good condition but died soon afterward. He was 26 years old.