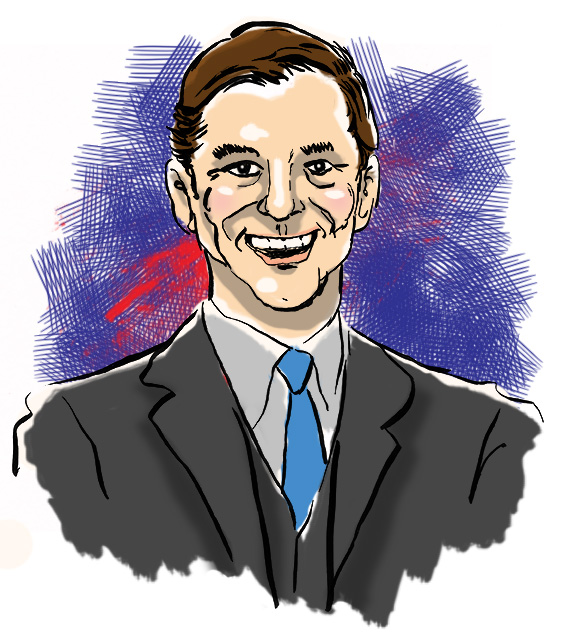 Dick Kallman got a break when he joined the touring company of How to Succeed in Business (Without Really Trying), replacing Warren Berlinger, Milton Berle’s nephew. After appearing in several more stage productions and guest shots in television shows, Dick landed a starring role in his own sitcom. Hank premiered in 1966. Dick, as the title character, was another in a long line of affable TV goofballs. He played the driver of a snack truck that frequented the parking lot of the local college. Hank would secretly sneak into classes to get himself a free education. He was also dating the pretty daughter of the short-fused college dean. Cast from the same preposterous mold as My Mother, The Car, poor Hank lasted a mere single season. Later in the 60s, Dick got a two-episode stint as a Phil Spector-like producer, one “Little Louie Groovy,” in the waning final season of the camp-superhero classic Batman.

Not content on giving up of the musical career he shelved, Dick recorded an album of standards in 1975, behind the orchestral direction of award-winning composer Ennio Morricone. The album was not popular and soon, Dick found himself out of show business. Not discouraged, he partnered in a manufacturing venture, producing a very successful line of women’s’ clothing. The business allowed Dick to indulge in his hobby-come-true calling: antiques.

Dick collected high end antiques — furniture, jewelry, paintings — and ran a business out of his Manhattan apartment. He bought and sold on a regular basis and 27-year-old Charles Lonnie Grosso of Queens obviously took notice.

On February 22, 1980, Dick and his partner were murdered in their apartment by Grosso during a premeditated robbery. Grosso shot Dick and Stephen Szladek, leaving the pair dead as he collected a number of random items, haphazardly leaving some very expensive pieces behind. Grosso was eventually caught and convicted. He received a sentence of 25 years to life, next eligible for parole in 2021. None of the paintings, jewelry, and antiques stolen from the apartment were ever recovered.