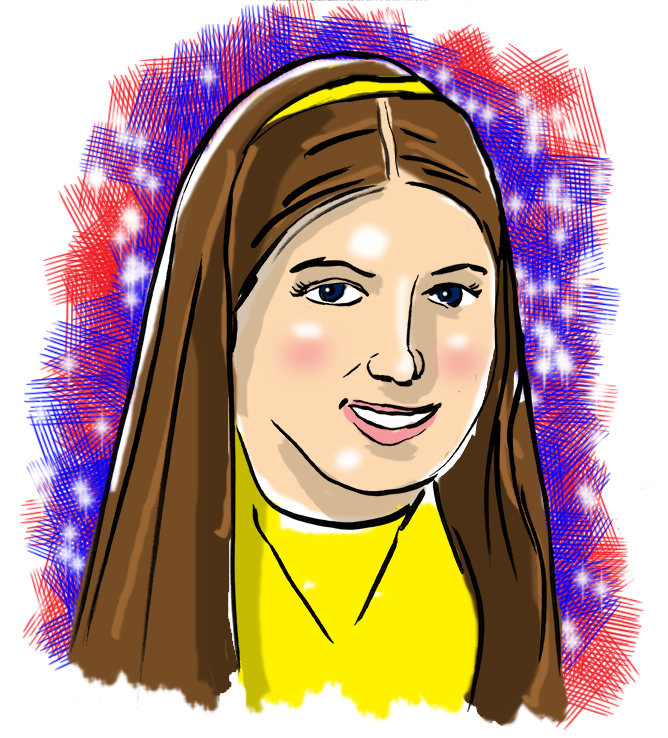 Debbie Stone’s celebrity status is of an unfortunate nature. The 18 year-old Santa Ana High School graduate holds the distinction of being the first Disneyland cast member killed while working in the theme park.

At the end of the summer of 1973, The Carousel of Progress, Disney’s innovative and entertaining chronology of technological advancement was packed up and shipped to Walt Disney World in Florida. The huge circular building at the rear of Tomorrowland remained quiet for nine months, while, inside, Imagineers readied a new attraction to take the place of the departed show.

On June 29, 1974, the jovial America Sings welcomed its first guests. The new presentation, an upbeat showcase of the history of American music, utilized the same staging mechanics that made The Carousel of Progress so unique. America Sings, hosted by Eagle Sam and Ollie Owl, a pair of Audio-Animatronic birds, took guests on a musical journey in a series of scenes that began in the nineteenth century South, traveled through the Old West and the turn of the twentieth century, right up to the birth of rock and roll. The scenes were bookended by our hosts serenading the audience with “Yankee Doodle.” The show — “performed” by a large cast of Audio-Animatronic animals — sat in the center of the building, with the individual stages assembled as wedges of a pie. While the stages remained stationary, the seating area would rotate — with audience members seated — until it lined up with the next appropriate scene. At the conclusion of each “act” (which were all the same duration), the theaters would once again rotate, bringing a roomful of guests to the next segment of their particular show. Essentially, six shows ran simultaneously. It was quite an undertaking, but totally “Disney” nonetheless.

Nine days after America Sings opened, newly-hired hostess Debbie Stone was assigned a shift at the attraction. Just before the excited teenager reported to her post, she phoned her parents to asked permission to get married. Debbie and her parents were exuberant. Debbie soon took her assigned place at America Sings.

At 10:30 pm, a guest in one of the theaters heard a hair-raising scream and saw what looked like a child between the walls that separated the theaters. It is unclear whether Debbie fell or stepped backwards or attempted to leap from one stage to another, but the result was she became caught — trapped — between the moving wall and the stationary wall and she was crushed to death.

America Sings closed in 1988. The elaborate stage mechanisms were disassembled and removed. A number of its Audio-Animatronic cast were reassigned to Splash Mountain and Star Tours.  The building was gutted and eventually housed the faux-futuristic Innoventions and, later, a Marvel character meet and greet. Today, it is the home of Star Wars Launch Bay, a preview center for Disneyland’s expansive Star Wars Land project.