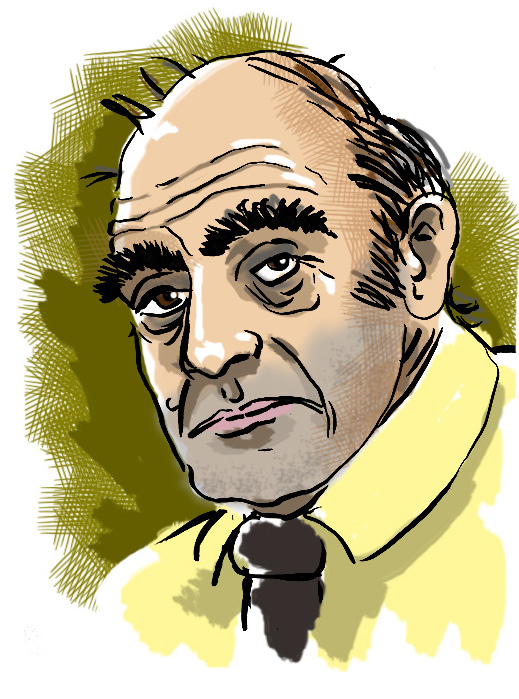 Abe Vigoda died earlier this week. His career bridged eight decades and he spent the last few of those decades convincing the public that he wasn’t dead.

He played mostly bit parts in the early days of television including long stints on the popular soap operas As The World Turns and Dark Shadows. Always giving the appearance of being much older, Abe was just 50 when he was cast in the memorable role of family turncoat “Sal Tessio” in Francis Ford Coppola’s epic adaptation of Mario Puzo’s best-seller The Godfather.

While living in Los Angeles, Abe was a daily jogger, often running up to five mile a day. One day, after returning home from his regular run, his agent called about a role in an upcoming television series for which, he believed, Abe would be perfect.

“Go to this audition at once.” the agent instructed.

“No, no, no.,” the agent insisted, “Go right now to Studio City, you’re very right for it, they know you from The Godfather, they want to see you.”

“With my shorts?” asked Abe.

Danny Arnold and Ted Flicker, the producers of the show gave Abe the once-over. Actually, a few once-overs. Finally they said, “You look tired.”

The pair laughed and then commented, “Yeah, yeah, you look like you have hemorrhoids.”

“What are you, a doctor or a producer?,” Abe spat back.

That exchange led to Abe being instantly cast as Detective Phil Fish on the new comedy Barney Miller. The character was eventually spun off onto his own show Fish.