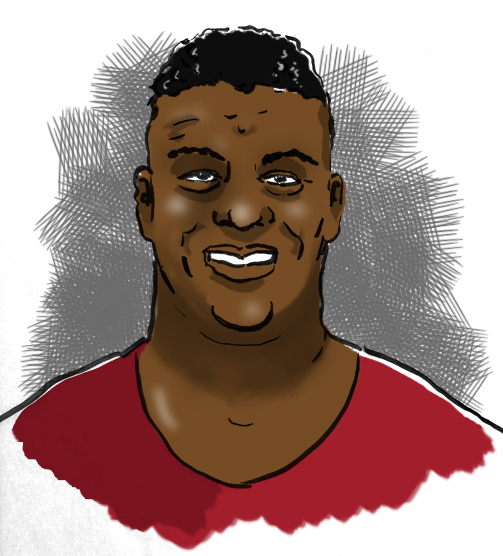 Standing 6 foot 1 and weighing in at 250 pounds, Adrian Robinson was a force on the football field. In high school, he was a two-time all-state honoree. At Philadelphia’s Temple University, he played every game of the 2008 season. He led his team to a victory in the New Mexico Bowl, Temple’s first bowl victory in 30 years.

However, his NFL career was less than stellar.

He was drafted by the Pittsburgh Steelers, playing for a little over a year until a trade sent him to the Philadelphia Eagles. He was released by the Eagles after only a week. Immediately, he was picked up by the Denver Broncos, only to be released a month later. He was then picked up by the San Diego Chargers and again released within a month. The Washington Redskins offered Robinson a stint, but released him eight months later. He was signed to The Tampa Bay Buccaneers’ practice squad, but he was released after two weeks. In April 2015, he signed with the Hamilton Tiger-Cats of the Canadian Football League.