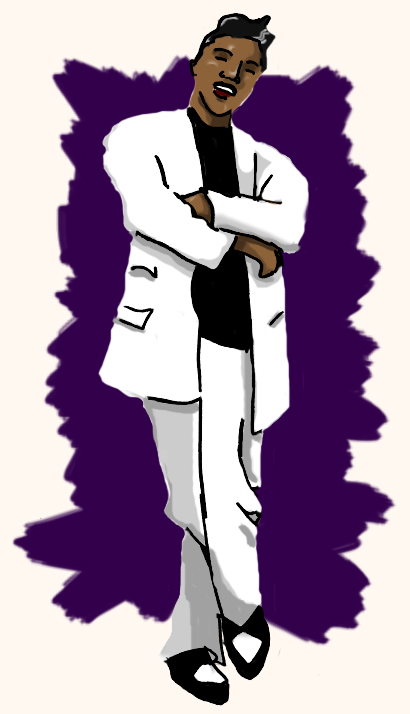 While working as Lloyd Price’s valet, Larry Williams played piano with several Specialty Records bands, including Price’s. Larry was eventually signed to the label in 1957 and in two years had written a string of hits, most notably “Bony Maronie” and “Dizzy Miss Lizzy.” He also began a life-long friendship with Little Richard.

On a flight over Australia, Little Richard had an epiphany (he was, in reality, unknowingly witnessing the launch of satellite Sputnik 1) and vowed to leave the evil world of rock & roll for the Church. Specialty Records groomed Larry to take Little Richard’s place. He mimicked Little Richard’s singing style and stage antics. His songs were covered by other artists, including up-and-coming British Invasion bands like The Beatles and The Who.

In the early 60s, Larry turned to funk as a comeback, after his career was briefly sidelined by a three-year prison term for drug dealing. Larry dabbled in acting, as well, appearing in an early Herschell Gordon Lewis exploitation film and several in the “blaxplotation” genre.

Larry lived a wild and drug-addled lifestyle, often hanging with a seedy crowd in the Los Angeles drug culture. He once threatened to kill his friend Little Richard over the misunderstanding of a cocaine purchase. As his cocaine and heroin consumption increased, his popularity and demand dwindled. On January 7, 1980, 44-year-old Larry put a bullet through his head.

A short time after Larry’s death, a blues singer, whose real name was  Martin Allbritton, began billing himself as Larry Williams. He claimed that he was the Larry Williams that wrote “Bony Maronie,” and toured under that pretense. Despite being confronted by singer Etta James (a friend of Larry’s) and even members of Larry’s own family, Allbritton continues to perform under name “Larry Williams.”