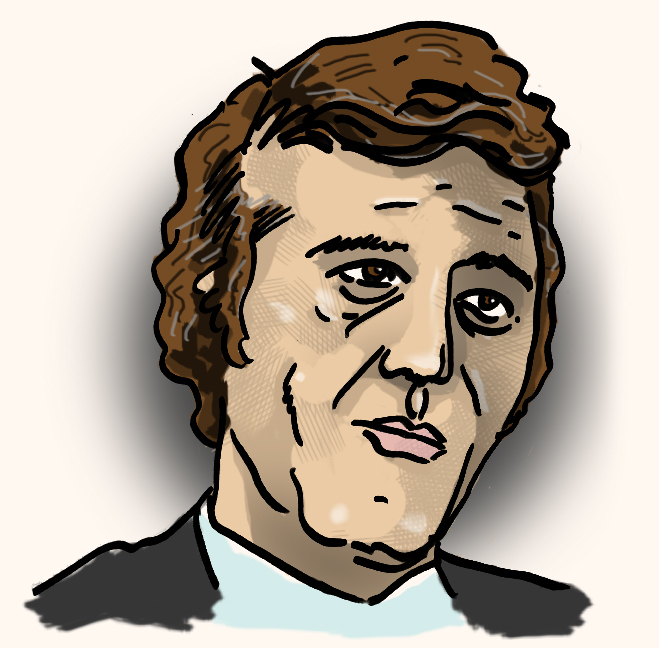 You’ve seen Frank Christi before. His chiseled mug has graced the big and small screens countless times. The New York native brought his craggy streetwise visage to villainous roles in Baretta, The Rockford Files, Kojak and other police dramas. In movies, he appeared on the wrong side of the law in Terminal Island, The Hit and The Don is Dead.

His checkered past must have helped his acting career. He carried a police record that dated back to the 1950s, when he was arrested for burglary. Later, he would move on to a run-in with a Secret Service agent over his connection to a large sum of counterfeit currency. But, soon he turned to Hollywood and seemed to have put his shady dealings behind him.

In the early morning hours of July 9, 1982, Frank’s life took a turn that was straight out of one of his gangster scripts. He was confronted by two men under the carport of his rundown home on Woodrow Wilson Drive in the Hollywood Hills. Frank was shot to death, found later on the ground next to his ten-year old Datsun. Frank was 52.

A neighbor saw Frank with his hands raised, pleading, “What did I do?,” when the two men opened fire. A known mob informant (Anthony Fiato, who also testified in O.J. Simpson’s trial) led police to Norman Freedberg, the jealous lover of one of Frank’s exes. Freedberg paid hit men $2,700 to kill Frank. Eleven years after the crime, two men were caught, tried and convicted, each serving life sentences. A third man was implicated by Freedberg, but died of lung cancer before he could be sentenced. A trial for Freedberg ended with a hung jury. Plans are still being made for a retrial.