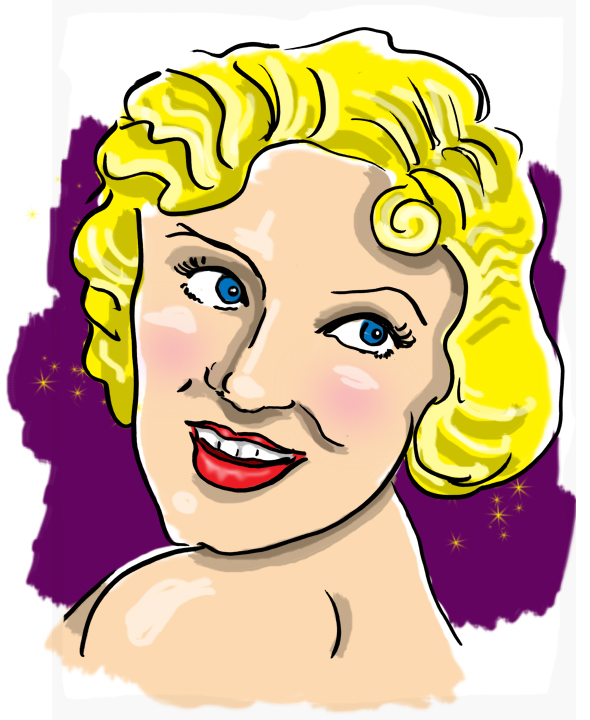 Marjorie Guthrie began performing in her native Winnipeg at the tender age of 8. She was part of a group of child entertainers in a troupe that toured throughout Canada. As a teenager, Marjorie traveled to San Francisco to take a stab at vaudeville. She partnered with Thelma Wolpa as a comedy duo under the names (at various times) Wolpa and Guthrie, Little Bits of Everything, and The White Sisters, the name on which they eventually settled once they moved their act to New York City. After three years, they broke up the act, although they both continued to use the surname White. Thelma went on to film infamy, starring in the 1936 cult classic Reefer Madness.

Marjorie married in 1924 and continued to appear on Broadway. In 1929, Marjorie and her husband moved to Hollywood. She immediately signed on with Fox Films (the forerunner to 20th Century Fox) and starred in a string of comedies. Marjorie worked with top stars of the day, Humphrey Bogart, Joan Crawford and Van Heflin, as well as respected directors, like Raoul Walsh and Mervyn LeRoy. She appeared in two installments of Fox’s popular Charlie Chan series, alongside future stars  Bela Lugosi and Robert Young in an unlikely pairing. In 1934, Marjorie was cast in a comedy short subject for Columbia Pictures called Woman Haters. It was the first of nearly 200 shorts starring the Three Stooges. Marjorie lit up the screen as Larry Fine’s suspicious wife. As with most of her roles, she stole the show.  However, it would be Marjorie’s last film.

In 1935, Marjorie was travelling as a passenger on Roosevelt Highway in Santa Monica, California. The driver, her friend Marlow M. Lovell, recklessly sideswiped the car of a couple who had been married only an hour earlier. Lovell’s car flipped and Marjorie suffered serious injuries. The diminutive actress was taken to a Hollywood hospital where she died the next day of internal hemorrhaging. She was 31.