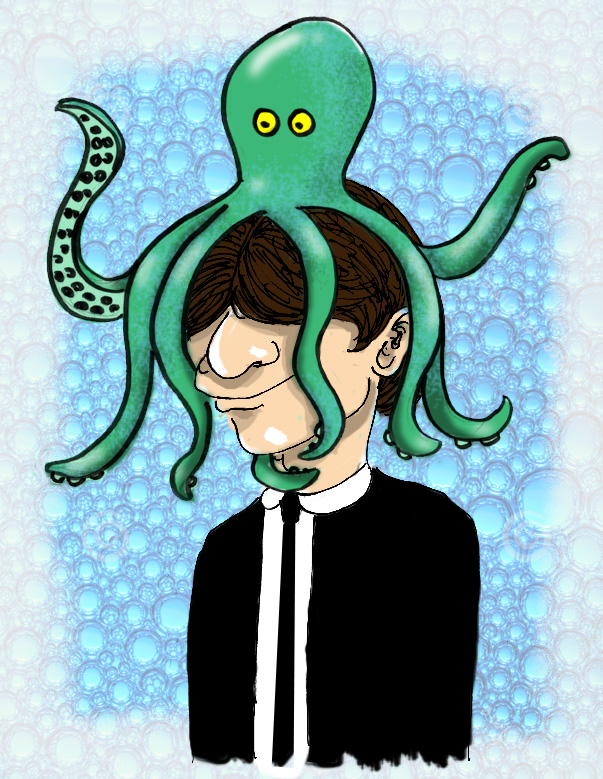 In 1968, The Beatles began recording their ninth studio album, a self-titled release, more commonly known as “The White Album.” Tension was heavy and tempers were high during the sessions, as the four band members were experiencing creative growing pains. Feeling claustrophobic between a controlling Paul McCartney and a passive-aggressive John Lennon, usually easy-going drummer Ringo Starr quit the band, taking his family on a two-week vacation to Sardinia in the Mediterranean Sea. Finally able to relax, Ringo took a boat excursion. The captain pointed out the behavior of octopuses to Ringo, noting that they gather stones from the sea bed to make gardens. Ringo was inspired.

When he returned to the studio, things had simmered down. (As a matter of fact, his drum kit was covered in flowers as a peace offering.) He got to work writing a song based on the boat captain’s story. With the help of guitarist George Harrison (as documented in the film Let It Be), that song evolved into “Octopus’s Garden.”

Ringo took lead vocals, with his band mates providing the music and backing vocals, including synthesizing their voices to mimic the sound of singing under water and George supplying bubbly noises by blowing a straw in a glass of milk. After a whopping thirty-two takes, they were satisfied and the song ended up on side one of “Abbey Road,” the last studio album recorded by The Beatles. It was Ringo’s second and final solo-credited song with the band.