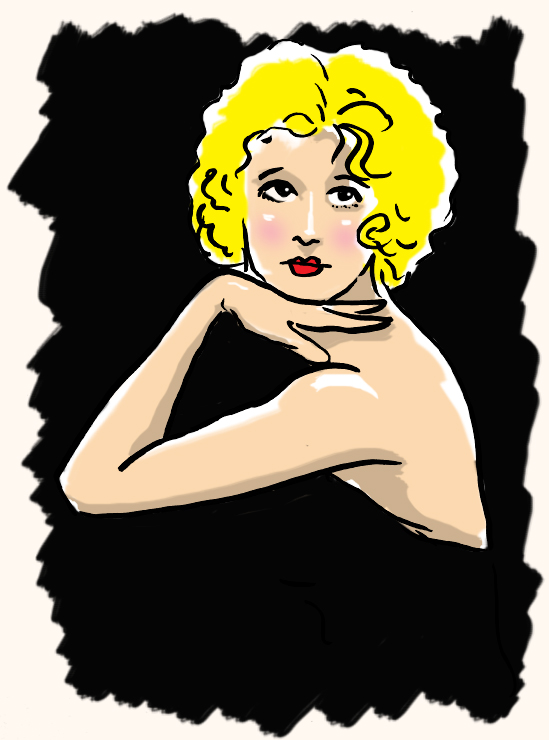 As a teenager traveling through Paris in the 1920s, Faith Bacon began her career as a dancer through a chance meeting with singer Maurice Chevalier. She performed in Paris reviews exclusively in the nude, using bubbles, flowers and fans as props.

When she returned to the United States, she appeared in Earl Carroll’s notorious nude Broadway showcase Vanities. New York law prohibited performers from moving while appearing nude. Faith skirted the law by introducing fans into the act, claiming that they were technically “clothing.” She became synonymous with “The Fan Dance.” In July 1930, when the club was raided for indecent exposure, Carroll defended Faith with claims that she wore a thin cover of chiffon, and only gave the illusion of being nude. He, too, maintained that the fans used in the act could (and should) be considered coverings. Charges were dropped and Faith continued to perform a slightly “toned-down” version of the dance.

Faith landed a spot in the renowned Ziegfeld Follies, where she was a regular feature for three years. During her run, she sued popular (and rival) burlesque dancer Sally Rand, who also performed a fan dance. Rand countered by saying the fan dance had been around since Cleopatra’s time. The lawsuit was thrown out, but Faith insisted on being billed as the “Original” fan dancer.

In 1933, Faith was giving a performance atop a glass drum, when it cracked. She fell through, badly cutting her thighs on the broken glass. When the cuts healed into disfiguring scars, Faith sued the Lake Theater Corporation for $100,000. She settled for $5,000, which she foolishly spent on a ten carat diamond.

Soon, Faith found it difficult to secure work. She had gained a reputation for being difficult and eager to sue. In 1948, she sued a carnival promoter, accusing him of putting tacks on the stage on which she was dancing barefoot. Again, Faith lost the case.

On September 26, 1956, depressed with no money and no prospects, Faith jumped to her death out of a Chicago hotel room window, falling two stories and landing on the roof of an adjacent saloon. Her friend, grocery store clerk Ruth Bishop, tried to grab Faith’s skirt as she climbed out of the window but Faith tore free. Faith was 46 years old.